Now that the Music Modernization Act has run the gauntlet and been passed into law, Chris Castle takes a hard look at what role of the Copyright Office Examiners will be playing in authorizing the noncommercial use of pre-1972 recordings.

Now I never said that Music Modernization Act was a self-licking ice cream cone.  That was someone else.  Neither did I say it was the gift that keeps on giving.  That wouldn’t have been me–it’s just getting started, after all.  Too soon.

We are now having a look at the first of what will no doubt be many, many regulations to be issued by the Copyright Office that will actually implement the MMA.  Wakey wakey. 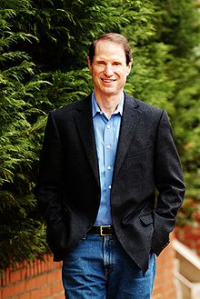 Thanks to Senator Ron Wyden’s last minute looney tunes shakedown when the MMA was limping across the finish line in the Senate,  the Copyright Office has circulated a notice of inquiry for the first MMA regulations promulgated by the Copyright Office.  This time it’s regulations under Title II of the MMA for the new “license” request for “noncommercial” uses of pre-72 sound recordings.   Never heard of this “license” before?  Didn’t know it was in the MMA?  Get used to it.  If you’re like most people, you didn’t read the 200 page MMA before it passed, but you would do well to read it very carefully now that it is the law of the land.

The coming wave of regulations to be released by the Copyright Office will be your last chance to eject from the twilight zone–but file it under “M” for “maybe”.  Because the die is cast and the Rubicon is crossed.

It must be said, of course, that the only reason we are having this discussion is because Google’s data farming Senator Ron Wyden threatened to put a hold on the MMA literally at the 11th hour and conducted an entirely predictable but no less grotesque legislative shakedown that is so typical of his Wydeness.

I want you to remember that after the entire industry burns thousands of productivity hours (not to mention lawyer time) in trying to define this stick in the eye.  This is pure Google and pure, unadulterated Wyden.  (We might call this the “Wyden loophole” but when it comes to loopholes, Senator Wyden is as fecund as the shad so that description wouldn’t narrow it down much.)  Plus it’s the kind of “registration-based” thinking that is straight out of the Samuelson “Copyright Principles Project” and the much ballyhooed American Law Institute Restatement of Copyright, not to mention Lessig and Sprigman.  But after all the handwringing, the pre-72 license is a big victory for the Restatement crowd and it’s the law of the land.

So–the MMA includes a Google “license” request for pre-72 recordings that allows a sound recording owner of a pre-72 recording to approve or disapprove a request for a noncommercial use of that recording.  Sounds simple, right?  Not so simple as the Copyright Office notice of inquiry confirms.  It’s a ridiculously complicated loophole that may ultimately lead to no license being issued–and that’s when the handwringing will really begin.

However ridiculous this whole thing is, it is the law, so we must deal with it.  We will have more to say about the proposed regulation in coming days, but a couple points jump right out–most importantly, the obligation on the user to clear the song in the recording before burdening either the Copyright Office or the sound recording copyright owner with a no-money clearance request.

Realize that there are at least two copyrights in any sound recording–the song being performed (the “©”) and the recording of that song (the “℗”).  The “pre-72” issue only applies to the sound recording copyright–which did not enjoy federal copyright protection prior to 1972.  (The MMA gives a partial federalization of state law copyright–beyond the scope of this post.)

But–musical works (aka songs) enjoyed all kinds of federal copyright protection prior to 1972, so the fact that a sound recording might be subject to the new loophole created by Senator Wyden says nothing about the song.  So how does this fit together?

First, the Copyright Office needs to play a real vetting role in this process before the sound recording copyright owner even receives the request and there should be no direct communications between user and copyright owner.  Let’s not repeat the mass “address unknown” NOI mistake.

Recall that the Copyright Office failed to vet any of the millions of “address unknown” NOIs for compulsory song licenses which allowed many of those notices to be filed improperly (in the millions, I would guess which sure sounds like a crime).   This was such a debacle that it gave Big Tech a leg up in passing the MMA, rather than fix the mistake.  We do not need a repeat performance of that catastrophe or even a curtain call.

But perhaps more importantly, there is no reason for anyone to spend a minute on these requests unless the user requesting the pre-72 license for a pre-72 sound recording can show that they have already obtained the rights for any musical work embodied in the pre-72 sound recording.  All those hidden costs were well-covered in the CBO review of the MMA…oh, wait.  They weren’t at all.

And, of course, when the MMA’s super-duper global rights database for every musical work ever written or that ever may be written is up and running in less than two years from now, it will be super duper easy to find these pre-72 songs, right?  For free?

So why should anyone spend any time on a sound recording request if the song rights have not already been obtained since the sound recording is unusable without the song clearance and the song license is not included in the Wyden loophole? (So presumably an arms length market rate unless a compulsory license applies depending on the use, say sync or mechanical.)  And there’s certainly no reason for a user to pay a Copyright Office examiner to review an application that cannot be consummated because the user has been unable to obtain the song rights.  That would be unfair to the user.

Hence every application for the pre-72 use would almost by definition require a song license unless the work is already in the public domain (such as recordings of the traditional classical repertoire).  Determining whether the song is in the public domain is exactly the kind of work the user should be paying the Copyright Office examiner to confirm.

So I’d say this “song first” approach makes sense, although I’m willing to be educated otherwise.