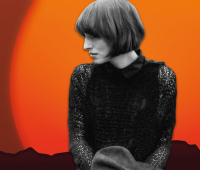 Covers are a a central idea of the western pop scene, often rising to become more famous than the original version of a song. Some of the best covers have been able to truly reimagine a song in a way which gives it a fresh meaning, or causes it to evoke and entirely different feel in the listener. Here we look at ten such examples.

Cover songs are ubiquitous in pop culture. In fact, I’d even go as far to say that a large portion of Western pop music is built on the idea of a musician performing someone else’s music. We can trace the trend through George Gershwin’s hits of the 1920s and ’30s, Max Martin’s co-written hits of the ’00s, the radio-friendly music of New York City’s Brill Building, the folk tradition’s penchant for sharing songs, and even today’s bizarre, overplayed trend of putting slow, moody covers of classic songs in movie trailers.

It’s safe to admit that, basically, everyone loves a good cover. There’s something so exciting about hearing something familiar and classic done in a totally new and original way. I figured I’d scour the web to find some of my own favorite covers that reinvent the original song. And, FYI, I’ve tried to stay away from the obvious ones that we all use as transformational cover barometers, like Johnny Cash’s “Hurt” and Jimi Hendrix’s “All Along the Watchtower.”

The Knife have been making infectious electronic music since their debut album was released in 2001, so when I heard there was an acoustic cover of their most popular song, my interest was piqued. I wanted to stay away from acoustic covers on this list because I think that’s a pretty easy, and generally uninteresting, way to reinvent a song, so believe me when I say that this is something special. His soft, beautiful voice really drives home the lyrics and brings a sense of melancholy to the song. It’s a wonderful reinterpretation of a song I thought was uncoverable.

James Blake – “A Case of You” (Joni Mitchell)

James Blake takes one of the best-written songs of all time and brings everything down several notches to just his voice and a piano. What really differentiates these two songs is how the vocals sound. Blake takes a simpler approach, and the airy reverb on his voice gives him a sense of being adrift all alone. Mitchell’s is right up in your ear, whispering this song to you like a secret. To be honest, I like Mitchell’s voice better — her vocal lines are amazing and she hits every single note — but I think Blake’s arrangement suits the song really nicely, too. I love its languid piano and loose rhythm.

This instaclassic song has been covered 77 ways since Sunday, so I had to look through my fair share of chaff before finding this gem. The original has basically become the “Stairway to Heaven” of our generation, so covering this song is a task that comes with a lot of opinions. Ben l’Oncle Soul approached this song with confidence and conviction and a cool throwback sensibility that feels equally Motown and “Coachella chic.” The original is a testament to what two people can do on a drum and guitar, yet this new version shows how well it can also work with horns, piano, backup vocals, and a thumping bass. This cover convinces me this song will continue to be covered for decades to come (whether you like it or not).

This song opens with some amazing Aphex Twin-style electronic “drums,” and the song continues to impress from there. There’s a wet-sounding piano that wraps around the beat and her voice in a way that sends shivers down my spine. The original song is a raw, powerful testament to Kurt Cobain’s open spirit wrung through his pain; it sounds like it’s being sung through Cobain’s clenched jaw. Yuna’s voice is beautiful — softer, of course — and her version takes a more meandering path to its message.

+ Read more on Flypaper: “Some of Our Favorite Chiptune Covers in All the Chipiverse”

Cake – “I Will Survive” (Gloria Gaynor)

Now this one is just pure joy. Cake has always had a style which I find to be totally unique to them. They’re dripping with attitude and have a pop sensibility that’s one part funk and one part lounge act… But just listen to that almost uncomfortably dry left-channel-only guitar solo?! This is a pretty straight indie-rock cover of this song; it would feel quite at home on any of your late ’90s mixtapes. It seems like such an obvious idea, but I would never have thought to do this myself in 100 years. From that raw guitar solo to the searing trumpet lines, Cake delivers a really impactful modern interpretation of a classic dance-floor banger.

I debated whether or not to include this one on my list because I don’t actually like this song. However, it is so darn interesting and I keep coming back to it time and time again, for some strange reason. They slow down Ms. Minogue’s four-on-the-floor Eurodisco song and give it a creepy, eerie feeling, like you’re constantly waiting for something else. The song feels as if it’s being sung from the perspective of a stalker or some ex-boyfriend pining away in some less-than-savory manner. If you’re a fan of pop songwriting but always wished it scared you more, this song is perfect for you.

I’m always looking for music that can act as a bridge between what’s familiar and what’s new. It’s hard to dive right into a genre with no points of reference, so when I heard of a J-Pop band that sings their songs in English, I was more than intrigued. The Suzan are actually dually based out of New York and Tokyo, and seem to deliver a perfect combination of both worlds. Their stripped down, drum-heavy cover of Kanye’s “Paranoid” is the perfect way to get into this amazing pop band.

The Ataris make pretty formulaic pop punk, a genre that (just like pop metal) is known for taking classic songs and filtering them through the same formulaic sonic funnel. But what I kinda love about this version is that, while the sound of the original tune and its energy are totally different, it remains pretty responsibly closely tied to the original — except for one clever thing. In Don Henley’s classic version, the third verse lyric, “Out on the road today, I saw a deadhead sticker on a Cadillac,” is transformed to fit The Ataris’ aesthetic a bit closer with “…a Blackflag sticker on a Cadillac.” Touché, guys, touché.

Blackstreet’s “No Diggity” was a song that permeated my youth. The hook: “Shorty get down…” (you know the rest), seemed at first synonymous with swagger. But eventually, it seemed to take a 180 and the song became a silly parody of itself. All of a sudden, we all realized in unison how silly the words “no diggity” sounded. Chet Faker’s cover revitalizes the cool of this song, with a downtempo vibe that gives it new life, reminding its audience of how great it always has been. Even Chet Faker’s name is a cover.

Evan Zwisler is a NYC-based musician who is most notably known for his work with The Values as a songwriter and guitarist. He is an active member of the Brooklyn music scene, throwing fundraisers and organizing compilations for Planned Parenthood and the Anti-Violence Project. He started playing music in the underground punk scene of Shanghai with various local bands when he was in high school before going to California for college and finally moving to New York in 2012.