In a bid to build closer ties with black radio listeners, it appears Apple may be in the market to purchase steak in iHeartMedia a network which, despite its financial woes, carries significant influence and clout in the music business.

Guest post by Kori Hale, CEO and Founder of CultureBanx. This article originally appeared on Forbes,com 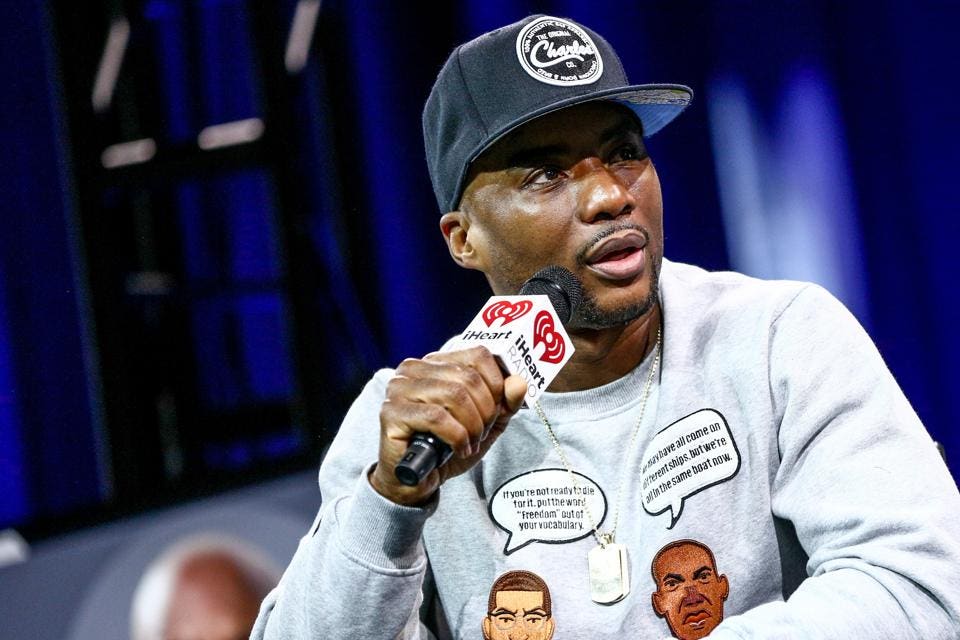 BURBANK, CA – MAY 08: Charlamagne Tha God, co-host of The Breakfast Club on New York's Power 105.1, speaks with host Bobby Bones about his book 'Black Privilege: Opportunity Comes to Those Who Create It' on stage at the iHeartRadio Theater in Burbank, California on May 8, 2017. (Photo by Rich Fury/Getty Images for iHeartMedia)

Apple could be attempting to build closer ties with black radio listeners by taking a stake in iHeartMedia, a network that’s extremely valuable to the music industry and commands considerable power. The two companies have reportedly held talks ahead of the broadcast radio conglomerate’s reorganization bankruptcy filing plan, according to the Financial Times.

The Breakdown You Need to Know

Even with its mounting debt and impending bankruptcy filing, iHeartMedia has a crushing grip over the radio industry with over 850 stations. Nielsen research found black people spend more time listening to the radio than any other ethnic group averaging more than 13 hours a week, making them a prime target for Apple’s radio expansion dreams.

If a deal were to manifest between Apple and iHeartMedia, the Financial Times noted Apple Music’s Beats 1 radio station, which is only available through its apps could debut on broadcast radio. CultureBanx notes the tech giant is a savvy marketer and this is a way to connect authentically with African Americans who have a diverse multi-platform media consumption appetite. Also, increased distribution for Beats 1 and Apple Music to traditional radio may help convert older listeners, that haven’t quite bought in to the concept of audio streaming into customers.

R&B and hip-hop music supremacy has extended to radio, with black artists dominating Billboard’s Top 10 Artists list holding seven positions during the first half of 2018. Black listeners are right in the sweet spot of iHeartMedia’s reach of more than 270 million people a month on the radio and Apple may want a piece of that market. Not to mention, Nielsen reported African Americans spend $173 each year on purchased music, exceeding the total population which averages $156 annually, meaning Apple has a chance to easily convert these radio listeners into paying music customers.

Apple’s huge cash pile has led to M&A speculation since they now have more than $237 billion at their disposal. This is more than enough money to cover the $20 billion of debt iHeartMedia has agreed to pay its creditors.

Additionally, it wouldn’t be the iPhone maker’s first foray into claiming a bigger stake in the music industry, they’ve already purchased Shazam a music recognition platform. In May, Apple's said its subscription service had reached 50 million active users. For Q4, the company reported its Services business revenue was up 27% to $9.98 billion, which includes Apple Music subscriptions.

iHeartMedia is the largest radio company in the U.S. and they’re exploring investment opportunities with various organizations. The discussions between these two companies remain at a preliminary stage and no deal has been agreed. Neither company, Apple or iHeartMedia has commented on the matter.

Kori Hale: I am the CEO of CultureBanx covering the intersection of business, technology and innovation for minorities. I was raised in investment banking while working at UBS internationally and Goldman Sachs in the states. I’m also the first black woman to anchor a daily news show from the New York Stock Exchange. Previously, I produced TV for the number one business news network on CNBC’s top rated shows Squawk on the Street and Squawk Alley. Prior to joining CNBC, I was an international producer for Bloomberg TV and a financial correspondent for TheStreet.com. As a board member for Brooklyn Center for the Performing Arts, I’m proud to be part of a generation of emerging arts supporters.