CDs Are Dead! …Or Are They?

Although vinyl has been making a significant comeback in the age of streaming, the CD has largely been thought of as a relic of the past. New data suggests, however, that calling time of death on the CD may have been premature.

All the focus has been on streaming music the last few years, with the comeback of the vinyl record getting much attention as well. Meanwhile the once mighty CD has been pretty much written off as a relic of the past. After all, who needs a round plastic souvenir when the same music can be accessed so easily online, and for a lot less money as well. As the music industry is finding out though, last rights for the format might be a bit premature, as the demand for CDs in some cases is way higher than anticipated.

Never was this more in evidence than recently when brick and mortar retailers saw their CD stock of hit titles dwindle to zero while new supplies remained backorder.

According to Billboard, four hit Universal Music Group (UMG) titles (Eminem’s Kamikaze, Lil Wayne’s Tha Carter V, Lady Gaga and Bradley Cooper’s A Star Is Born soundtrack and Greta Van Fleet’s Anthem of the Peaceful Army) have surprised everyone when the CD versions of those titles quickly sold out. In some cases, the CD versions of the titles weren’t even in stores on their release dates. 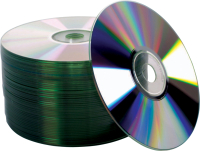 The reason for that happening is a combination of factors ranging from the happy accident of unexpectedly hot titles coupled with a demand for their physical product versions, but also CD production problems as well. This was due to the fact that all major labels have divested their CD manufacturing and the companies that bought those factories have moved them to Mexico. That in itself is not a problem, but one of the factories is still in transition from the move, leading to an unexpected decrease in output. That said, there are still smaller factories in the U.S. that have taken up some of the slack, but many are having trouble finding experienced workers for the end-of-year big sales season, since most employees were hired on a part-time basis but have since moved on to full-time jobs thanks to the sizzling economy.

That has lead to longer manufacturing lead times than usual. In normal times an order could be delivered in 3 to 4 weeks with a special express order in as little as 7 days. Now the lead time has been extended to 4 to 6 weeks with special orders at 10 days. That’s still better than the 10 to 12 weeks or even more for vinyl, but if an artist decides to drop a “secret” title, like Eminem’s Kamikaze, the lead time provides a new logistics hassle that all but eliminates the element of surprise.

Although CD sales are far from what they once were, there’s still a healthy demand for what has now become a premium priced product with a large profit margin. According to Billboard, the A Star Is Born soundtrack moved 111,000 CD albums, while Eminem’s Kamikaze sold 68,000, and Greta Van Fleet’s Anthem Of the Peaceful Army sold 47,000 so far.

That said, CD sales have dropped like a rock in the first half of the year, according to the RIAA’s mid-year report. The number of CDs shipped in the first half of 2018 has decreased by almost 47% to 18.6 million units from 2017. Likewise, revenue was down 41.5% to around $246 million. Expect those figures to improve somewhat as Q4 is notoriously the best for physical product sales thanks to holiday gift purchases. Still, CD sales are dropping every quarter, although not quite as fast as most industry pundits predicted.

But as these recent hits have shown, there’s still a place for CDs in the music industry going forward. It may end being a niche like vinyl, but it appears there will always be at least some consumers who prefer the format.