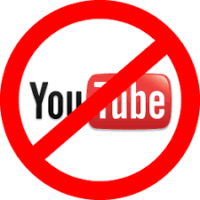 While YouTube has certainly moved in on the music industry in a major way, carving out a huge swathe of listens and views, a recent news outage at Facebook has suggested consumers may not be as dedicated to these major sites as was at first thought, and that, were YouTube to disappear, consumers would have no trouble moving on to greener pastures in order to get the music they crave.

I have often said that if I was able to persuade the entire entertainment industry to devote say 10% of their marketing spend to aardvark.com, then aardvark.com could be as big as YouTube.  This, of course, is an aspirational statement that doesn’t take into account how Google would react or how Google games search result, but you get the idea.

Somehow YouTube has managed to convince our marketing folk that they just can’t get along without the views and likes.  But is that really true?  Will people listen to music somewhere besides YouTube if YouTube wasn’t there? 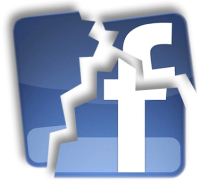 Josh Schwartz writing at Nielman Lab gives us some insight into a somewhat analogous situation with Facebook and news sites:

At Chartbeat, we got a glimpse into that on August 3, 2018, when Facebook went down for 45 minutes and traffic patterns across the web changed in an instant. What did people do? According to our data, they went directly to publishers’ mobile apps and sites (as well as to search engines) to get their information fix. This window into consumer behavior reflects broader changes we see taking hold this year around content discovery, particularly on mobile.

So when YouTube tries to tell us that we can’t get along without them, which is definitely the implication of Google’s most recent charm offensive in the European Parliament, it may not even be a close call.  Particularly when you consider the downside from low royalties, unchecked stream ripping and YouTube’s corrosive safe harbor practices.

Fans found music they loved before YouTube and they will after YouTube, just like they did after Tower Records–and Tower Records didn’t spy on them.  And that’s what the Chartbeat research showed about news sites after the Facebook outage:

Key data points show that when Facebook went down, referrals to news sites fell, as expected — but other activity more than made up for it.