While the vast majority of us rely on Google for our searching needs, we're also aware of a few other engines like Bing and Yahoo, as well as some other outliers. One major search engine artists over look when focusing on making their music discoverable, however, is the Russian search engine Yandex.

When we think of search we automatically think of Google, but that’s not the only one available to us. In the West there’s also Microsoft’s Bing, Yahoo (which is still going strong), and a few smaller specialty ones like DuckDuckGo. In China, Google is eclipsed by Baidu, but the one big search engine that is constantly overlooked is Yandex.

One of the reasons why many don’t know about Yandex is that it’s Russian, and when people in the West hear that they immediately begin to think of planted fake news designed to overthrow governments and elections. While there may some of that available just as with any other search engine, Yandex has evolved into a legitimate IT giant that raised $1.3 billion in an IPO in 2011.

And it’s not totally manned by Russians either, with former Google and Microsoft employees managing the research and translation departments. Like Google, the company also dabbles in other tech areas as well, including speech recognition, machine learning, cloud services, and autonomous vehicles. Speech control is also another thing Yandex is into with its own version of Siri or Alexa called Alisa. Essentially, anything that Google does, so does Yandex. And yes, there is an English version available. 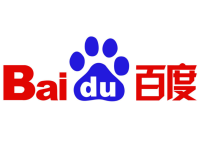 Baidu is another search engine that’s either not known or overlooked by Westerners, but it’s the second largest in the world and has over 76% of the Chinese market. And like Google it also has cloud services, autonomous vehicles and artificial intelligence divisions that focus primarily on Asia, although there is an international version of the search engine available as well.

As far as alternative search engines to Google in the United States, Bing holds 24% of the U.S. market, while DuckDuckGo specializes in privacy as it doesn’t collect any personal information. Don’t overlook other specialty search services like Wiki.com, Twitter for real time news, CC Search for copyright-free content, the Internet Archive for old defunct websites, Boardreader for search forums, and Slideshare for slideshow presentations. There’s a lot more to search than Google.