MTV has acquired the SnowGlobe Music Festival, as part of a plan to expand the brand and business beyond TV. Held on New Year’s Eve, the annual event is held in South Lake Tahoe and with more than 20,000 fans for three days of music, action sports and interactive art.

Kendrick Lamar,  Post Malone and  Zedd are among the major artists that have performed at SnowGlobe, which is highlighted by a countdown party at midnight on New Year’s Eve that MTV is sure to cover live. 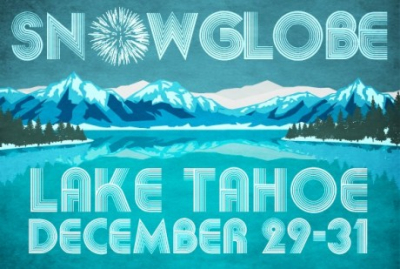 Now in its eighth year, the 2018 lineup includes Above & Beyond, Diplo, Eric Prydz, Rezz and RL Grime headlining among more than 40 artists performing across three stages.

MTV plans to expand SnowGlobe to additional dates and locations worldwide and leverage its team to launch other new events, as well. SnowGlobe will also be a platform for MTV to reinvent its New Year’s Eve coverage, serving as the centerpiece for multiplatform programming and connecting live with the action at MTV’s  Times Square studio.

The move is MTV’s latest step to diversify beyond cable TV. MTV currently leads all cable networks in ratings growth, driving its longest streak of growth in seven years. In June, MTV launched MTV Studios, which develops original series for SVOD and premium partners and recently announced a global reimagination of MTV’s Real World for Facebook Watch. The new MTV Digital Studios is generating strong growth across platforms, doubling video streams in 2018 to date and growing to more than 350 million social media followers.

“With SnowGlobe, MTV is taking the natural next step in its resurgence by expanding deeper into live events, as we continue to reach our fans and capitalize on our strong brand in new ways,” said Chris McCarthy, President of MTV, VH1, CMT, and Logo. “In a festival space where many events have become indistinguishable, SnowGlobe stands out with a unique mix of music, sports, and art that makes it a favorite among artists and its growing audience.”