Pitchfork and record of the month club Vinyl Me, Please are partnering to curate and reissue four special edition vinyl albums over the next year. The series will kick off in December with UK shoegaze legends Slowdive and a limited 2,000 record pressing of their 1995 album Pygmalion.

Pitchfork will drive the album selections released on a quarterly basis by Vinyl Me, Please.

Each limited edition pressing will include special features such as reimagined cover art, remastered audio, and exclusive album inserts. Additionally, the releases will be accompanied by dedicated editorial features on Pitchfork.com, which will include interviews with current artists about the album's influence.

“Albums have long been a cornerstone of Pitchfork’s editorial focus,” said Pitchfork founder Ryan Schreiber. “Our goal is to encourage readers to forge a stronger connection with music—just as Vinyl Me, Please does through its subscription services. We’re thrilled that our partnership with VMP will allow us to take this one step further by reigniting conversations around some of our favorite albums from the past—in this case, Pygmalion—and reintroducing them to the world with gorgeous new pressings that we hope will serve as their definitive editions.” 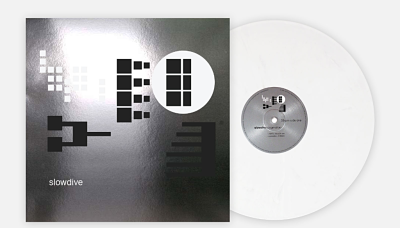 “Music and storytelling are important parts of the cultural DNA of both Vinyl Me, Please and Pitchfork,” said Cameron Schaefer, head of music and brand at Vinyl Me, Please. “So, it’s both a natural fit and very exciting to partner in a way that allows us to operate creatively in both areas. Getting to curate, reimagine, press to vinyl, and write about our favorite albums is a ton of fun and feels like the best way to pay homage to the artists we love and hopefully give fans a new experience around timeless albums in the process.”

The first release in the series is Slowdive’s third studio record Pygmalion, the seminal shoegazers’ final album before disbanding in 1995. The album ranked No. 12 on Pitchfork’s 2016 list of 50 Best Shoegaze Albums of All Time. Each pressing will come on 180-gram white vinyl, complete with a silver marbling in a reflective chrome board jacket featuring the album’s original cover imagery of Rainer Wehinger’s graphic notation for György Ligeti’s 1958 work Artikulation. Adding to the significance of the reissue, the band has had a resurgence since the 2017 release of Slowdive, its first album in 22 years, which earned a notable 8.6 and was labeled Best New Music on Pitchfork.com.

“We’re very excited to reissue Pygmalion,” said Neil Halstead of Slowdive. “It came out originally in 1995 to very little fanfare. The tumbleweed was deafening… Mostly it was made in my bedroom in a flat on the corner of Ladbroke grove and Lancaster Road. There was a great post ambient embryonic techno scene in London at the time, mostly centered around a club called Quirky… It was an interesting place musically and there was real sense that something good was going on… dark perhaps, but good… Pygmalion was born there, somewhere in that weird otherworld where you take Ecstasy only to find out it was Ketamin. Listening to the remastered version of Pygmalion now and it still sounds pretty f*cked. Enjoy.”

Pygmalion is available today for preorder for $29 on vinylmeplease.com, with shipping beginning in early December 2018. The remaining albums will be announced by Pitchfork at a later date. For more information including order details, album announcements and more, visit vinylmeplease.com and follow @pitchfork and @vinylmeplease.