[UPDATED] The team and growing network of indie stores behind Record Store Day are celebrating both Black Friday and Small Business Saturday this weekend with an extensive array of exclusive releases, special sales, in-store performances, signings and events.

Most exclusives (extensive list below) debuted on Black Friday. 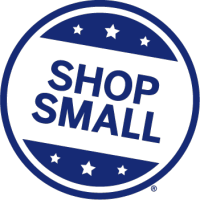 with exclusive releases from Ben Folds, Tony Bennett and Diana Krall, Ingrid Michaelson and Kid Doe (a collaboration between Particle Kid and John Doe), alongside additional events and sales.

“I will never get tired of saying that gifts from a record store, for yourself or someone else, are just the coolest things you could possibly get,” adds Carrie Colliton, Record Store Day co-founder/organizer. “And I think that a lot of people are realizing that sometimes what you find at a record store is just a little different, a little more special because the person behind the music– the person who’s putting the release together, the folks behind the package on the shelf feel that record stores are special too.”

Matthew Sweet brings a new full-length LP called Wicked System of Things only to record stores, Manchester Orchestra’s The Black Mile Demos EP gives us an exclusive look at the making of their acclaimed A Black Mile To The Surface, and Tom Morello’s The Atlas Underground (Instrumentals) double LP release is hand-numbered and includes a booklet of guitar tabs, so fans can play along at home. BØRNS Live At Amoeba Music In Hollywood EP makes you feel like you were there for that special record store experience, as does Alice Cooper Live From The Astroturf Full Performance, which captures the band live at Good Records in Dallas, and is in fact released by that store’s in-house label who go all out on this extensive, special package.

This year Weezer proved that classic songs never go out of style and that theme runs through the RSD Black Friday list as well, starting with Weezer themselves who release a die-cut picture disc of their rain-blessing tribute to Toto, “Africa”. The Smithereens dig into the Beatles catalog for B-Sides The Beatles, and some of today’s most impressive jazz artists do the same for A Day In the Life: Impressions of Pepper. Difford & Tilbrook revisit their classic Squeeze song “Take Me I’m Yours” and bring Questlove and Robert Glasper along for the ride, and artists like Tom Waits, The Replacements, Bonnie Raitt and Sinead O’Connor–to name just a few–prove again that Disney films gave us some music that transcends time and genre (and is not just for kids) on a reissue of Stay Awake: Various Interpretations of Music From Vintage Disney Films.

The RSD BF list revisits some beloved albums as well, updating and celebrating titles including Bobby Gentry’s Ode to Billie Joe, Bob Marley & The Wailers’ Catch a Fire, Frank Zappa and the Mothers of Invention’s We’re Only In It For The Money, Gravediggaz’ Six Feet Deep, Sheryl Crow’s Tuesday Night Music Club, The Byrds’ Sweethearts of the Rodeo, Type O Negative’s Bloody Kisses, Collective Soul’s Hints, Allegations and Things Left Unsaid,Madonna’s Ray of Light, Too $hort’s Get In Where You Fit In, Taylor Swift’s RED and Speak Now, Jerry Garcia Acoustic Band’s Almost Acoustic, and Slip, Stitch & Pass from Phish (who almost certainly have Almost Acoustic in their own collections.) Also included are album box sets from Soul Asylum and Toad The Wet Sprocket.

If you “need a little Christmas” well, it’s not right this very minute but record stores can help with that come 11/23 when Rolling Stones guitar gawd Keith Richards will celebrate the 40th anniversary of his first ever solo release (which was a holiday song!) with a 12” red vinyl special of “Run Rudolph Run.” The track was originally released as a 7” in 1978 as a B-side with “The Harder They Come” and in 2007 as the B-side of “Pressure Drop”. Both those tracks appear on the B-side of this anniversary release. More holiday music comes on RSD Black Friday from the likes of Lindsey Stirling, Eric Clapton, Green River, the artists of thePrestige label, Unwritten Law and more (including Emmet Otter’s one-time nemesis, the Riverbottom Nightmare Band!)