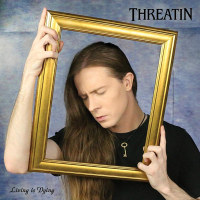 The rise of the streaming age has brought with it an  unsurprising uptick in artists attempting to game social media and streaming platforms in a less-than-honest approach to finding success in the music business. The "band" Threatin's faked fanbase and resulting failed tour has become perhaps the most extreme instances of this tactic.

In this latest piece from MusicThinkTank, Aaron Bethune breaks down the debacle of pseudo-band Threatin's remarkable attempt to manufacture a fanbase, and how it backfired on them.

"The story of Threatin seems like someone who got caught red-handed and was exposed to the public. Perhaps what is unusual is that he was caught as more people get away with their “hype.” To a degree and from a certain point of view you could say Threatin is a victim of the system.

I don’t know a band that didn’t build up their hype in order to land the opportunity that then justified the hype. Fake it till you make it if you can deliver the goods! Threatin went too far or perhaps he didn’t go far enough…"