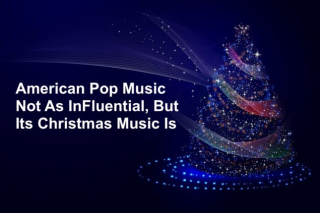 In this piece, Bobby Owsinski observes how US pop hits which once permeated the world over have given way to more local music in every area except when it comes to the holidays, where American Christmas classics from the 50s and 60s still reign supreme.

One of the ways I used to gauge the magnitude of a hit was if I could walk down a street in another country and hear it blasting from the bars and shops. Since the 80s when I began to travel a lot, this little test has never let me down, as it’s been a better indicator of the general acceptance of a song than any chart. One thing that was always obvious was the enormous influence that U.S. pop music had in the world, because if you had a hit here, chances are it would be everywhere else too.

Sadly, what passes for a hit today doesn’t seem to reach nearly as far as it used to, despite streaming, video, and social media.

I can only provide some unscientific observations from my last few trips abroad, but it’s in comparison to the same observations from other trips in years past. Everything changes, and it should, but you can only know by monitoring over time.

I’m on my way back from a trip that took me to Tokyo, Singapore, Kuala Lumpur, and Penang, Malaysia, and over the course 11 days I listened to a lot of music in the streets, malls and concourses of those cities. During that time I heard a bit of exactly one Blake Shelton song. That’s it. Zero U.S. hip-hop, no Taylor Swift (who was hot here a few years ago), no Drake or Post Malone. The world, it seems, has moved on from what is popular on the U.S. music charts.

Oh, there’s plenty of music. K-pop, Bollywood, home-grown EDM, and general local music abounds, and that’s a good and healthy development. Just like the local economies (which seem to be booming, by the way, if you count giant infrastructure projects for anything), there’s lots of local creativity that is blossoming, influenced by the West, but not trying to be it or copy it. That can only be good for music in general in the long run.

I also noticed this somewhat on a trip around Central America earlier in the year. Even though we were much closer to the U.S., there was a good bit of local musical flavor, although much of it did revolve around remixes of big world-wide hits, so that’s not exactly equivalent. Still, fewer U.S. chart hits seeping from the street than in the past, as that’s the unofficial gauge anyway.

Back to Asia, there is one bit of American music that’s extremely prevalent and surprising – Christmas music. 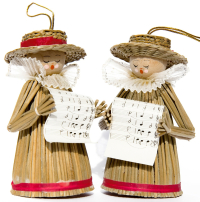 Yes, Christmas has come to Tokyo, Singapore, Kuala Lumpur and Penang, with pictures of Santa, Christmas trees, artificial snow, presents, and all sorts of Holiday accessories everywhere – especially the music!

And the Christmas music of preference? From the 50’s and 60’s of course, with “Jingle Bell Rock,” “I Saw Mommy Kissing Santa Claus,” and “Holly Jolly Christmas” blasting through the malls and streets.

Personally, I’d rather come halfway around the world to temporarily ditch the Xmas spirit for more local flavor, but get in a cab and you’re just as likely to hear, “How was your Thanksgiving?”, as “Where are you going?” This part of the world is just as hip to our Black Friday, Cyber Monday and Holiday travel as we are.

For a little while I thought that because of the Christmas Holiday and the various Holiday-related songs, that was one of the reasons why I wasn’t hearing U.S. chart music, and there’s probably something to that. On the other hand, local non-Holiday hits are still within an ear’s reach no matter where you turn.

Are U.S. chart toppers losing their global influence? Yes, I’d say so. Are local artists less afraid to strike out on their own and not follow Western tastes? I’d say yes again. Perhaps it’s time for record labels to start looking to the East for what may be the next musical trend.