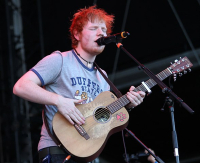 As more and more legacy rock acts retire and leave the concert circuit for good, the industry has been debating who will fill the void and pack stadiums. According to this calendar year, that someone is Ed Sheeran, who pulled down more money from his live touring in 2018 than any other artist.

He touring industry has wondered for a while now what would happen when the legacy rock acts were no longer able to tour. Would the new generation of artists be able to fill the concert venues and stadiums like their predecessors? The answer is yes, and this year has proven it beyond a shadow of a doubt. In fact, the mantle of highest grossing concert artist in a calendar year now belongs to none other than Ed Sheeran. 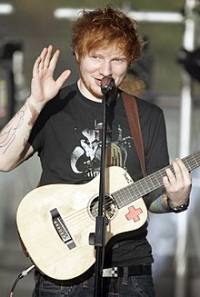 Sheeran grossed an amazing $432.4 million US in 2018 in just 94 dates across Europe, the Pacific Rim, Asia and North America, with an average per-night gross of $4.6 million, according to Pollstar. Keep in mind that he usually tours by himself and without much stage production, which means that the talented singer probably netted more than any artist in history as well. The Shape Of You tour is still in progress for another 50 dates in 2019 and is expected to gross a total of over $660 million by the end!

Here are the top 10 highest grossing touring acts for 2018:

Surprisingly, the top concert venues of 2018 were in Mexico City, with both the top stadium and theater being in the city. Live Nation was by far the biggest promoter, far outpacing AEG.

What all this means is that current music is often downplayed as somehow not as good as in the past, but it works just fine for concert goers. That said, EDM and hip-hop don’t have a presence on the top 10 despite getting the most press, streams, and general chart position. That’s no reflection on the music, but music consumers still seem to be drawn to a good melody, and the box office numbers show it.