Moving On Up: Apple Gets Into The Business Of Elevator Music

Although the tinkly, saccharine iterations of current major hits, dubbed 'Muzak' is much maligned by those forced to endure it, such watered down covers are a fairly profitable vein of music business, enough so that apple has decided it wants its piece of the pie.

Remember Muzak, the music we all loved to hate, affectionately known as “elevator music?” Even though it supplied super-sweet versions of cutting edge hits to businesses everywhere for years, it was actually a good business to be in as it made a lot of under-the-radar money, and Apple now wants a piece of it.

According to Music Business Worldwide, the tech giant recently filed a foreign trademark application for the name Apple Music For Business in Jamaica at the beginning of June 2018 under international classes 38 and 41. These classes cover telecommunication services, education, training, and sports and entertainment services. 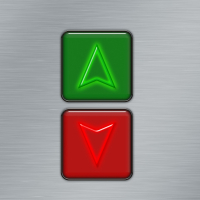 This is a bit different from a Muzak-type service though. That company has gone through a string of bankruptcies in recent years after having been acquired many times, and doesn’t have the same hold on that market as it used to. The basic business model was to re-record the hits of the day so as to not pay any licensing fees for the original recordings from record labels. What Apple has in mind is different.

Recently Nielsen Music reported that artists and labels were losing $2.65 billion a year because small businesses around the world are using private streaming services to supply music instead of applying for a commercial license (some streaming services don’t even provide this type of tier yet). This is the market that Apple wants a piece of.

The study found that in the US, UK, Sweden, Spain, Italy, Germany and France only 17% are playing licensed music while the remaining 83% use a personal account. That amounts to  21.3 million businesses worldwide essentially paying for music, but not paying the going rate that a business usually pays.

In the United States, a business owner must pay for a commercial license based on the number of people that the venue can hold for services like SiriusXM and most cable television.

If Apple succeeds in tapping this market, it will not only be good for the music business as it will increase its income, but will provide a big boost to Apple Music as well.