We knew our attention spans were short, and it seems the streaming era is only making things worse, with new data revealing that consumers are becoming increasingly fickle, and skipping more songs after spending a decreasing amount of time listening to them.

The internet has ruined our already short attention spans.

In the early days of entertainment, consumers were likely to try anything at least once. New artist? Let’s hear their single. New sound? Let’s see how this compares to what worked in the past.

Today’s consumer is far more fickle, but that didn’t happen overnight. As media has grown, so has the number of options consumers have at any given moment. In 2018, anyone can watch or listen to virtually anything with just a few clicks. From free content to streaming services and (unfortunately) pirate sites, nearly all entertainment ever produced is available at all times all over the world.

With that in mind, who has time for the unfamiliar? 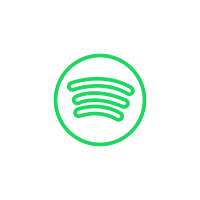 Music blogger Paul Lamere analyzed billions of plays from millions of Spotify listeners all over the world to discover their skip rates. Here’s what he found:

Digging further, Lamere found that the average listener skips 14.65 times per hour, or about once every four minutes. Females skip slightly more than males at 45.23% to 44.75%.

The mobile skip rate is 51.1% while on a desktop it’s 40.1%. That data suggests that desktop listening is a background activity, something used to fill the void of silence, which makes sense. Most of us listen to music while working, and most of us have a very particular preference when it comes to what sounds help us work best.

Lamere also discovered some interesting correlations between age and skip rates. Teenagers, who are notorious for their short attention spans, skip more than 50% of the tracks they hear. Adults, on the other hand, skip about 35% of the material.

Weekend skip rates are higher than those during the week, which is due at least in part to fewer people listening via desktop. People know what they want to hear on the weekend because they’re often trying to create a mood to accompany a specific activity. Once an attitude or style is identified, skipping anything that doesn’t fit that desired consistency is second nature.

The big takeaway here (and most obvious), is that grabbing the attention of listeners is harder than ever. Artists need to catch us right away if they have any chance of gaining fans, especially if they’re hoping to target a younger demographic.