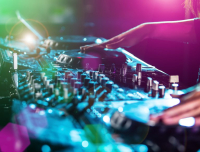 After recently making waves by allowing its users to link back to their Instagram stories, SoundCloud is mixing things up once again by integrating Dubset into their platform, allowing tracks to be scanned and then collecting and distributing royalties to the appropriate rightsholders.

By Vince Seibert, Coordinator, Rights Management at The Orchard from The Daily Rind

We recently covered SoundCloud’s arrival to Instagram, which allows users to link SoundCloud tracks to their Instagram stories. This was an awesome enhancement, but the user-generated music service is not done there — SoundCloud has unveiled another round of exciting integrations, this time catering to the DJ community. 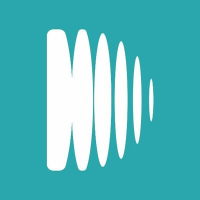 A longtime hub for new and upcoming artists, SoundCloud specializes in showcasing original tracks, mixes, and remixes. With the integration of Dubset, there is a whole new world of possibilities when it comes to turning tunes into revenue. By using Dubset’s proprietary technology, tracks on SoundCloud can be scanned against copyrighted tracks and used to appropriately collect and distribute royalties to rightsholders. This is a great stride toward the goal of ensuring original content creators are paid, while also allowing for the use of samples, mixes and remixes on the platform. This partnership is expected to start later this year, beginning with a beta invite, and then to expand from there.

Dubset is not the only recent integration that will pique the interest of the DJ community. In fact, SoundCloud also announced that they will be starting partnerships with software companies companies DEX3, Hercules, Mixvibes, Native Instruments, Serato, and Virtual DJ. Rather than going through the time-consuming process of downloading or purchasing files in advance of a set, SoundCloud Go+ subscribers can use SoundCloud’s expansive music library in real-time. The ability to mix within the SoundCloud platform may not fully replace downloading high-quality WAV files, which has been standard practice, but this is a step toward a more stream-focused future for DJs. You won’t be waiting long either — these additions are expected to kick off early next year.

These new partnerships, as well as the recent integration of SoundCloud into Instagram, have continued to elevate the platform, providing users with better synergy across all of the applications.