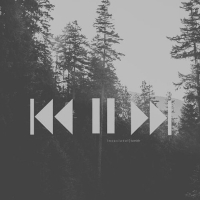 Johan Svanberg of indie distributor Record Union looks at the need for music streaming services to become more diverse and egalitarian; not only where gender and ethnicity are concerned, but also in terms of creation and ownership. The answer, he believes, is to make streaming platforms a more hospitable and profitable environment for independent artists and labels. 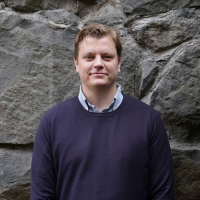 The music industry needs to become more diverse, but equality and diversity is not only about gender and ethnicity. It is also about creation and ownership. According to Music Business Worldwide, only 20 percent of the global streaming revenues in 2017 went to the independent music sector. The other 80 percent went to the major labels.

For music innovation to thrive, the status quo needs to be challenged. We believe independent artists can be the driving force behind this change, whose creative freedom is not restricted by return on investment demands and the pursuit of “hits”. They are more inclined to stay true to their creative vision and often answer to no one but themselves.

What is evident is that even though music distribution has become available to everyone in the digital era, it is harder than ever for independent artists to break through the noise. Below we are stating a number of factors that we think are contributing to this problem and that we believe need to change if we want to preserve and develop an interesting and diverse music climate:

Crowded space makes it hard to break through

At a time when unprecedented volumes of music are being released, the major labels still get disproportional shelf space on the streaming services. Tens of thousands of songs are being uploaded to the streaming services every day, but just because the music is there does not mean it will automatically be listened to. For the independent artist who lack the right connections or a sizable marketing budget it is extremely difficult to break through the noise.

Grateful for not having to choose between the endless range of music being offered, listeners are being served music suggestions largely based on their previous listening patterns. We would argue that this playlist culture thus has created a musical version of the filter bubble. But who really benefits from it? When music is primarily discovered through playlists, there is a potential risk that artists lose their relationship to listeners. The effect is that artists become subordinate to the song. This can have serious consequences for an independent artist whose fan relationships are a vital key to success.

Playlist editorials powered by the majors

Generally speaking, there are algorithmic playlists and editorial playlists curated by the streaming services own editorial teams. But who is really pulling the strings behind the curation of the big flagship playlists? Spotify, who is often considered as a pioneer within streaming, are owned by the major labels and one can’t help wondering about their influence on our listening when e.g. 87 percent of all songs on RapCaviar (one of Spotify’s most popular playlists) in 2017 came from the major labels. Or when, suddenly, virtually all the big playlist covers were fronted by Drake when he released his latest album. 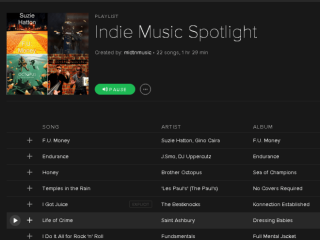 With tireless data mining, the streaming services and major labels become more risk averse. The major labels use streams and social media clout as hard currency in their scouting process in order to make as safe bets as possible, which arguably leads to more innovative music being overlooked due to its out-of-comfort-zone nature. Research also shows that the Billboard lists have become more homogenous in recent years and that more songs are being crafted by fewer writers and producers – which likely creates a less diverse music climate.

Even though music consumption has changed fundamentally, and technology has created new opportunities for music creators, the power structures within the industry aren’t changing fast enough. The fact that we haven’t been able to relocate more power from the majors to the music creators is a failure.

Some will probably say that it is the listener’s choice, but we don’t think it is quite that simple. Most consumers wouldn’t know the difference between music released by independents vs. a major label and what this really means). We understand that it is challenging for the streaming services to create a music experience that gives space for independent artists, but we also believe that it is necessary to lessen the power and position of major labels in order to keep the diversity of musical expression. Because how healthy can it be for a creative industry – and music as an art form – when more than 80 percent of it is being controlled by three companies?

Unless the streaming services take this responsibility seriously and start working to create better conditions for independent artists, there’s a risk that music will lose its power. Because where is the value in music when everything sounds the same?