[UPDATED] On-demand audio streams set a record high of 534.6 billion in the US in 2018, up 42% over the previous year, according to the BuzzAngle Music Industry Year End Report.  But the best news for artists and labels came thanks to 50% growth in streams by paid subscribers. Those 157.4 billion higher paying subscription streams now account for 85% of all on-demand audio, according to the respected music data monitoring service. 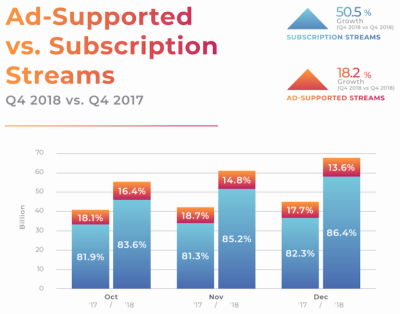 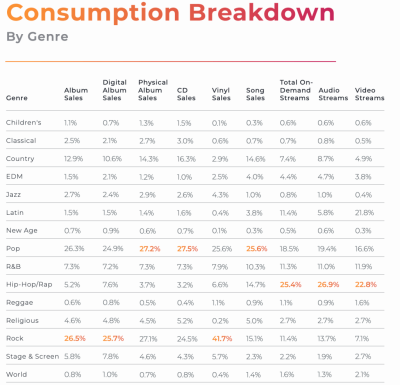