The Independent Music Awards will soon be given out, bringing industry attention to self-released and independent artists. Here Alexandra Kennedy outlines five reasons to enter the IMAs by February 1.

If you and your team worked on extraordinary new Music, Video, or music-related Design projects, here are 5 reasons to Enter The IMAs by Feb 1:

Winning projects are selected by a diverse community of respected artists, engaged fans and influencers who value craft and authenticity – not sales, streams or marketing prowess. 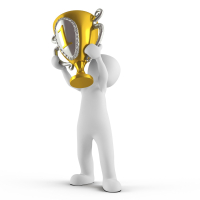 2. IMA honors are a recognized badge of artistic accomplishment and daring.

3. IMA winners and nominees are established and emerging artists – in all styles and mediums.

Whether it’s your debut or veteran project, artists struggle with self-doubt. The self-esteem boost of being lauded by icons, peers and gatekeepers fuels creativity and brightens the darkest hours. (And is a stepping-stone to new performance, promotion and distribution opportunities).

5. The IMAs are more than accolades or walking the red carpet.

Show the world you belong with the best. Submissions close FRIDAY, Feb 1.