[UPDATED] In this piece, the people at Project Admission outline the viability of current blockchain technology and how they've opted to leverage non-blockchain systems to transform the secondary ticketing market and eliminate fraud.

Blockchain ticketing has hit the live event industry with as much gusto as the Internet did when it completely changed how tickets are sold. There are now more than a dozen blockchain-based ticketing companies around the world that promise a future in which we’ll be able to control every single component of ticketing end to end. Secondary markets will be reimagined, fraud will be a thing of the past and the ability to easily monetize consumers’ loyalty-driven behavior will be a standard feature of platforms.

At Project Admission, we’re excited for that reality. As blockchain lovers, cryptocurrency investors, and data nerds, we see a wide open future for innovation, especially in ticketing. However, as much as we wish it was going to happen tomorrow, it’s going to take time. More time than we initially realized.

in a decentralized environment"

Before we dive into the merits of blockchain-based ticketing, let’s take a quick step back and look at what blockchain technology actually is for those who hear the term but don’t entirely understand the basic concept.

In short, blockchain is a new way to store data. The key aspect of blockchain is that it solves something called the Byzantine Generals Problem. While that sounds like a headache, it simply asks: How do you trust people when there’s no central authority to say who should be trusted and who should not?

One of the ways blockchain solves the problem of validating trust in a decentralized environment is by providing an incentive for users to help do so. And guess what the primary incentive is for every major blockchain out there today? Cryptocurrency. (Chances are you probably know at least one person that has invested in such cryptocurrencies as Bitcoin or Ethereum.)

Here’s the deal: In today's democratized world, you can't have a truly decentralized blockchain without a cryptocurrency. Nobody has come up with, and successfully launched, a viable tech solution that does not follow this truth.

And it’s around the idea of truth – the truth of what’s possible today and in the immediate future – where our initial efforts to develop a blockchain-based ticketing system began to hit walls.

The first wall is scaling. In ticketing, with onsales for artists like U2, Ed Sheeran, or Bruce Springsteen, there are tens of thousands of transactions happening in less than a minute. Even with such blockchains as EOS and Stellar that use “delegated proof of stake” combination protocols to make their style of consensus faster—consensus being how the system creates and comes to an agreement on the “truth”—we found the speed of today’s blockchain protocols aren’t able to consistently handle the transactions per second (TPS) required for these high-demand onsales.

Is there a faster algorithm or entirely different blockchain we’re not looking at? Can a sidechain help solve this? We have ideas, but no clear paths. What is the best solution?

The second major hurdle for us is smart contracts. A smart contract refers to a set of rules created at the initial transaction that is forever associated with the asset. What that asset is can vary but in this case it’s a ticket. Rules such as, “This ticket can’t be sold for more than 2x face value,” make a lot of sense when you think about, say, controlling the secondary market better.

However, the issue with smart contracts is that those rules, once written to the blockchain, cannot be readily changed to accommodate updates to how an event wants to sell tickets. What if the price needs to change? What if how the service fees are shared gets renegotiated? These weren’t issues we had initially thought about but as we did our deep diligence, they became more apparent.

To date, there isn't a standardized method for changing smart contract details dynamically. Some people have ideas on how to do this, others have even created solutions to do so, but our feeling is that we need to wait until a proper, long-term solution is agreed upon that everyone will commit to and use.

As with the first hurdle, we’ve ideated potential solutions to overcome the smart contract issue but don’t see any clear-cut winners. Who else has ideas? We're all ears.

Lastly, and perhaps the most tortuous hurdle, is the industry’s landscape and realities.

New companies in ticketing are faced with two paths for traction. This is especially true for blockchain ticketing companies. They either works with existing players to integrate or it replaces existing ticketing systems with a soup-to-nuts product.

We believe the first path is slow going as fully integrating a blockchain-based technical solution with any of the existing incumbents is complicated and cumbersome. Case in point: Let’s see how quickly the recently acquired UPGRADED is implemented into Ticketmaster’s suite of platforms. 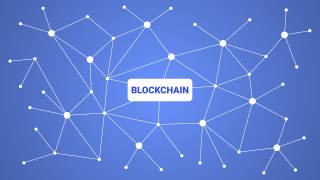 The second path not only requires substantial sums of money to pay building advances but a fully built, mobile-first ticketing platform that can handle the rigors of onsales and the demands of reserved-seated venues. When we did the math of what it would cost to pay the buildings and hire an appropriate sized tech team, we were gut-punched. Moreover, with incumbents like Ticketmaster and Eventbrite and younger upstarts such as SeatGeek and ShowClix, it feels like you’re in Gladiator playing for your life. Suffice to say, none of us wanted to sign up for that type of experience.

So rather than quit while we wait for people smarter than us to solve these problems, we’re moving forward with a simpler product that addresses end-user identity and secondary market controls using a centralized database and other old-school solutions. It might not be as futuristic, sexy or elegant as we imagine our blockchain-based ticketing system might look like one day, but it’s practical, immediately implementable, and positions us to continue iterating and evolving.

At Project Admission, we hope to play a central role in blockchain’s eventual application to the ticketing industry. Until then, we will continue the conversation with the tech community as we collectively work to find solutions for a smarter ticketing future.