Maroon 5, Travis Scott and former Outkast member Big Boi will perform at the Super Bowl halftime show,  the NFL announced on Sunday.  The once coveted performance became controversial as star after star rejected an invitation to appear because of NFL treatment of former player Colin Kaepernick and the 'take a knee' protest movement. 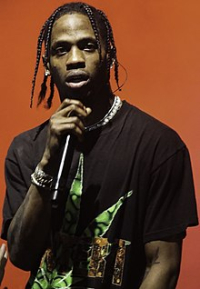 Just prior to the official announcement, Scott issued a statement saying that he and NFL he will donate $500,000 to Dream Corps, a charity founded by CNN's Van Jones “to help cutting-edge initiatives grow big enough to impact millions of lives."

Scott acknowledge the controversy in his statement. “I back anyone who takes a stand for what they believe in,” he said. “I know being an artist that it’s in my power to inspire. So before confirming the Super Bowl Halftime performance, I made sure to partner with the NFL on this important donation. I am proud to support Dream Corps and the work they do that will hopefully inspire and promote change.”

Just 5 years ago, the NFL was asking artists to pay up to $2 million for the privilege of playing the Super Bowl.  Super Bowls, artists generally have not been paid for their half time performance, but the league covered travel expenses and production costs.

Artists benefited from the exposure.  Bruno Mars' performance with The Red Hot Chili Peppers was watched by a record 115.3 million viewers, more than who saw the championship game itself.

Follow Us on Daily Summary Subscription
Advertise on Hypebot