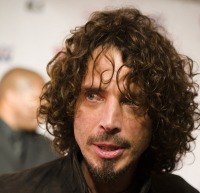 The music industry and rock royalty were out in force in Los Angeles on Wednesday night as Chris Cornell’s friends and family filled  the Forum to celebrate the life of the late Soundgarden frontman. Performers for the five-hour tribute concert included his former Audioslave bandmates, as well as Foo Fighters, Metallica, Ryan Adams and others.

Guest singers for the show also included Fiona Apple, Chris Stapleton, Miley Cyrus, Adam Levine and Miguel, who performed a selection cuts culled from both Cornell’s solo material, as well as his work with bands such as Soundgarden an Audioslave.

“When the idea of a tribute concert for my friend Chris Cornell was presented to me, I was torn,” Soundgarden’s Matt Cameron told the crowd, explaining how the tribute concert came together. “I didn’t feel like I had the strength required to pull it off. So I went back to the music. I heard his voice, and I found my strength.”

Standout performances included Dave Grohl’s performance of “Show Me How to Live” with Audioslave and his solo rendition of “Everlong” as well as Alice in Chains’ William DuVall cover of Soundgarden’s “Hunted Down.”

Cornell, who battled depression for much of his life, committed suicide in 2017.