While nobody loves commercials, they're an essential part of how Spotify's free tier operates. The streaming service will trying something new, however, by allowing outside advertisers to "sponsor" the incredibly popular user-specific "Discover Weekly" playlists.

We all hate commercials of any type, but they’re a necessary evil when you’re consuming media content for free, especially the free tiers of streaming services. Spotify is looking for new ways to monetize its free tier and it thinks it’s come up with something new – sponsored ads on its extremely popular Discover Weekly playlist.

How is this different from just running normal ads? It will mean that the sponsor will basically own that playlist for a specified period of time. Discover Weekly users like the playlist because it’s personalized to their needs, and more than double the number of people use it over those that don’t. A sponsored Spotify ad would allow the brand to also tailor the ad experience to the user as well.

Microsoft is the initial user of the sponsored ad on the playlist, running a campaign about its artificial intelligence development. This seems only too appropriate, since it’s AI that will be delivering both the playlist and now the customized ad to the listener. 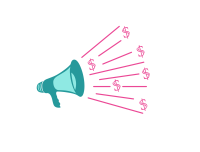 Spotify has recently passed the 200 million mark for monthly active users, which sounds like a big number, but the company continues to lose money. Now that it’s a public company and must answers to stockholders, the opinion of Wall Street is important so it needs new ways to generate money, or at least attempting to generate money.

From a user’s standpoint, ads are a pain, but that’s why you subscribe to the paid tier – to eliminate the ads. That said, many analysts actually believe that there’s more potential for revenue growth in the free advertising-led tier than in the paid one.

Regardless, the new Spotify ad type will probably fly under the radar for most users. From an advertiser’s perspective though, this could be the way of the future not only for Spotify, but other streaming services as well.