PledgeMusic: ‘It’s not the Ca$h – it’s the FLOW’ [Martin Atkins] 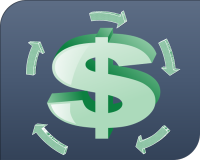 [UPDATED] Payment problems at PledgeMusic resurfaced this week, and the pain felt by artists left without funds to complete orders from fans is very real and widespread. But musician (Pil, Killing Joke, Ministry, Pigface), author and college professor Martin Atkins argues that Pledge is worth saving. "I want to ring the bell for this company that exists (not some fantasy company that doesn't) and is dealing with their problems mostly in what seems like a responsible, realistic, humble manner," writes Atkins.

Over the last few months as knowledge of the cash flow problems at Pledge surfaced, I’ve been in contact with the newly re-arriving co-founder Jayce Varden (now departed again) and more recently with Jim Heindlmeyer (three weeks into the gig) who have both taken the time to chat in person and via e mail openly about the cash flow problems they are having.

I don't want to minimize the disruption to cash flow and to the delicate momentum of my own (or your) creative process alongside the balancing acts that those of us still in this business are performing each day. For me, what was supposed to be a five week intensive work period for a team scanning and laying out documents for my funded 4th book over the xmas break just vaporized after funds were still, still  ‘on their way’ from Pledge. My frustration grew and grew until I was reminded of the ‘checks in the mail’ cycle from past decades and shitty iterations of the shitty music business.

"acute embarrassment about the situation they are in

and a desire to fix it in a meaningful way"

Although the set up reminded me of those old days, at no point have I sensed anything like that from Pledge but just acute embarrassment about the situation they are in and a desire to fix it in a meaningful way.  It has been my experience that anyone that comes out of shit like this in one piece is a wiser, stronger, better ally to artists than anyone that, naively hasn't.

I really like Pledge as a form of my own artistic expression and my A.D.D. self has really started to master and enjoy the direct functions and communications of the platform. I don't want to lose it over some easily fixable cash flow shit. Before you all go on and on and phone Bob Lefsetz on me – I don't want to minimize ‘cash flow shit’ and not the least the accompanying loss of momentum that is more precious than that. But, I think the potential loss of the platform altogether would be more tragic and, of course, might be replaced by another platform with a team at the helm that hasn't gone through something like this, or that hasn't been fully tested yet….like, oh, a Tidal?  You might not know that Sir Richard Branson fell afoul of cash flow shit when he was unable to pay Janet Jackson, Mike Oldfield and Phil Collins royalties (I have unfortunately been there too) beloved Sound Cloud was about to die until they received a massive bailout.

"I want to ring the bell for this company"

Once again, I am not minimizing these very real problems, I’m sure most artists with a Pledge campaign have a level of direct communication with those fans (like I do) that necessitates completion of these projects with or without funding from Pledge, but I want to ring the bell for this company that exists (not some fantasy company that doesn't) and is dealing with their problems mostly in what seems like a responsible, realistic, humble manner.

Artists, get smart, strategically: one place, one entity shouldn’t be the only single source of everything for you? C’mon. Eggs in a basket? All of them? Don't put them in? Create more different, independent, disconnected avenues of revenue, get the fuck out of bed and for fucks sake don't set the boat on fire to dry up the leak. I’m looking forwards to my 3rd and 4th Pledge campaigns, which I will be launching later this year.

Pledge, you fucked up, fix it, learn, be awesome.

I am an artist, (Pil, Killing Joke, Ministry, Pigface etc.) Label Owner, author and have run successful Kickstarter and Pledge Campaigns, teach Music Industry stuff at Millikin University and speak all over the world. I’m also a drummer, shitty dj and a father of four. I’m @marteeeen on twitter