What Do People Listen To While Driving?

The confines of a car have long been a favorite spot for enjoying music, helped by the rise of streaming and the enduring popularity of radio. Here we look into what it is that car goers listen to and why.

Many people feel that music sounds better when they are on the road car travel gives us an excellent opportunity to catch up with the latest sounds and enjoy a spot of musical nostalgia whilst taking in the sights.

Streaming services have made it easy to pull up any album of our choice at a moment’s notice, without a compact disc in sight. Whether we listen to music to make our daily commutes more enjoyable, to get inspired, or to check how our own new records sound, music definitely plays a big role in driving.

Why do people listen to music whilst driving?

A recent study on car goers’ music preferences shows that 58.8% of participants listen to music in the car purely because they love music. Others say they play music in the car because they like to sing during their journeys – and also because it makes them feel shorter. Almost a quarter of those surveyed report that music helps them stay focused while driving.

The enduring popularity of the radio 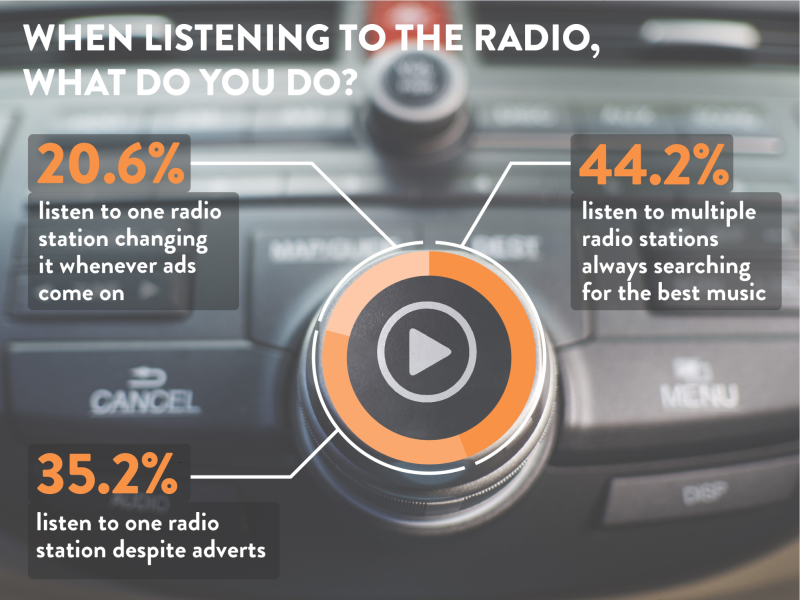 Despite the emergence of streaming services, for more than half of the participants the radio is their main source of music in the car. More than 35% claim they never change the station, even in spite of ads, whilst 44% say they flick through the stations to find the best tunes. Surprisingly only 20.6% told the researchers they switch stations when ads come on

The top three songs amongst motorists are Queen’s 1975 classic ‘Bohemian Rhapsody’, Ed Sheeran’s 2017 global smash ‘Shape of You’ and The Proclaimers 1988 hit ‘I’m Gonna Be (500 Miles)’. The most hated songs included ‘Baby’ by Justin Bieber, PSY’s ‘Gangnam Style’ and … ‘Baby One More Time’ by Britney Spears.

Even though we have our favorite tunes, the majority of us don’t stick to them at all times. 60% of drivers find it hard to listen to one song on repeat whilst driving. Of course, the more time we spend behind the wheel, the less we feel like playing one track over and over. But once listening to the songs we really like, we’re not usually willing to end them upon reaching the destination. If you happen to remain in the car to let a song finish, you’re among almost 75% who admit doing that when they’re not in a hurry.

Beside our own cars, Uber is another place where we listen to music on the go. The difference is that when you’re a passenger the choice of music might not belong to you. It seems that we’re quite tolerant, though. Even when if the driver plays terrible songs, over three-quarters of Uber passengers wouldn’t dare to complain. Some say they even enjoy discovering new music during a ride.

Singing along whilst driving

The study also showed that 83.7% of passengers claimed they enjoyed singing along whilst listening to music, with 14.9% saying they only sang in the car when alone. So please don’t be shy! Sing as much as you like, not only when you’re alone!

In the fight between car and shower, the winner was obvious. Only 21.8% of people said they sang whilst in the shower at home. I suppose you don’t have to face your neighbors after singing in traffic. 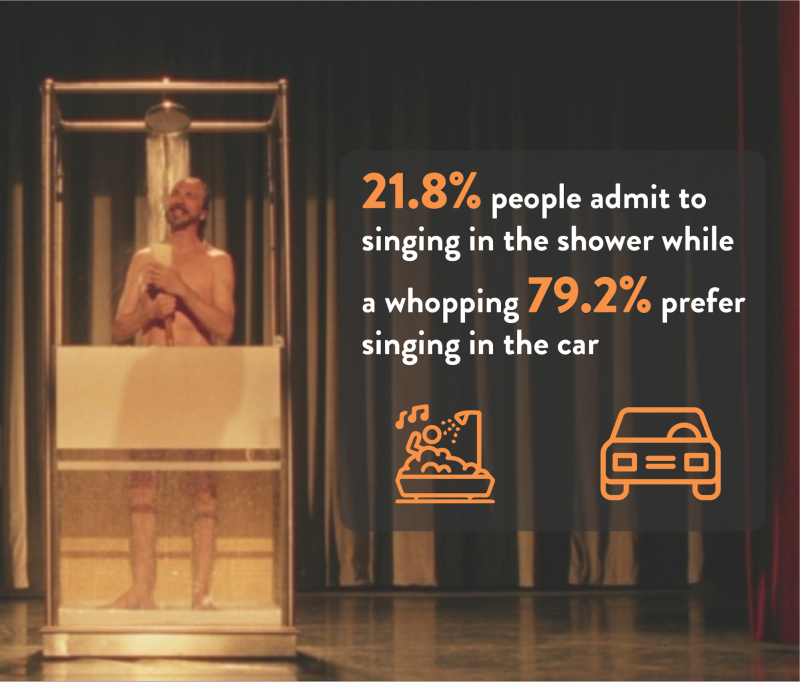 The findings also seem to suggest that music does not distract drivers from their tasks, with almost 80% of respondents saying they had never found themselves lost, missing a green light or a turn because of the sounds coming from their speakers. This is good to know, since there are already so many existing distractions such as texting, talking on the phone or taking care of kids.

How technology is changing listening to music

Many newer vehicles now have their very own entertainment systems built in, which connect to the internet and provide drivers with all sorts of apps. It’s possible to enjoy a range of music streaming platforms in the car, even without using an AUX connection or Bluetooth, with apps like Spotify and more being available via these systems.

More and more cars now have DAB radios built in too, giving us a plethora of options not provided by FM. Fewer models now come with CD players. Experts have been predicting the demise of the in-car CD player for some time now, with growing numbers of listeners young and old gravitating towards streaming services. In any case, the popularity of in-car listening shows no signs of heading into decline. Who knows how we will be enjoying music in cars in years to come once technology evolves even further?