Vivendi has been clear that it would like to sell up to half of its Universal Music Group at a valuation of between $22 billion and $33 billion, and an army of investment bankers are out courting potential buyers. MIDiA's Mark Mulligan looks at who may want and can afford to acquire a major stake in the world's largest music group.

Vivendi continues to look for a buyer for a portion of Universal Music. Though the process has been running officially since May 2018, the transaction (or transactions) may not close until 2020. In many instances, dragging out a sale could reflect badly, suggesting that the seller is struggling to find suitable buyers. But in the case of UMG it probably helps the case. A seller will always seek to maximise the sale price of a company, which means selling as close to the peak as possible. It is a delicate balance, sell too early and you reduce your potential earnings, sell too late and the price can go down as most buyers want a booming business, not a slowing business. In the case of UMG, with institutional investors looking for a way into the booming recorded music business, UMG is pretty much the only game in town for large scale, global institutional investors.

In this sellers’ market, banks have been falling over themselves to say just how valuable UMG could be, with valuations ranging from $22 billion to $33 billionand Vivendi even suggesting $40 billion. Meanwhile, recorded music revenues continue to grow — up 9.0% in 2017, and up 8.2% in 2018 according to MIDiA’s estimates. 2019 will likely be up a further 6%, all driven by streaming. With UMG’s market share (on a distribution base) relatively stable, the market growth thus increases UMG’s valuation. This in turn increases Vivendi’s perceived value, and that is the crux of the matter.

The role of Bolloré Group

Vivendi board member and major shareholder Vincent Bolloré was Vivendi chairman until April 2018, when he handed power to his son Yannick, one month before he was reportedly taken into police custody for questioning as part of an investigation into allegations of corrupt business practices in Africa. Bolloré senior remains the chairman and CEO of Bolloré Group, which retains major shareholdings in Vivendi. Bolloré Group’s Vivendi holdings will inherently be devalued by a sale of prize asset UMG, which is a key reason why only a portion of the music group is up for sale. But, even selling a portion of UMG will have a negative impact on Vivendi’s valuation and thus also on Bolloré Group’s holdings. So, the sale price needs to be high enough to ensure that Bolloré Group makes enough money from the sale to offset any fall in valuation. Hence, dragging out the sale while the streaming market continues to boom. All this also means the sale is of key benefit to Bolloré Group and other Vivendi investors. It is perhaps as welcome as a hole in the head to UMG. Little wonder that some are suggesting UMG is markedly less enthusiastic about this deal than Vivendi is.

All of which brings us onto which company could buy a share of UMG. These can be grouped into the four key segments shown in the chart above. Normally, higher risk buyers (i.e. those that could negatively impact UMG’s business by damaging relationships with partners etc.) would not be serious contenders but as this is a Vivendi / Bolloré Group driven process rather than a UMG driven one, the appetite for risk will be higher. This is because the primary focus is on near-term revenue generation rather than long-term strategic vision. Both are part of the mix, but the former trumps the latter. Nonetheless, the higher-risk strategic buyers are unlikely to be serious contenders. Allowing a tech major to own a share of UMG would create seismic ripples across the music business, as would a sale to Spotify.

So that leaves us with the lower-risk strategic buyers, and both categories of financial buyers. Let’s look at the financial buyers first. Private equity (PE) is one of the more likely segments. We only need to look back at WMG, which was bought by a group of investors including THL and Providence Equity before selling to Len Blavatnik’s Access Industries in 2011 for $3.3 billion. Private equity companies take many different forms these days, with a wider range of investment theses than was the case a decade ago. But the underlying principle remains selling for multiples of what was paid. Put crudely, buy and then flip. The WMG investors put in around half a billion into the company, but a six-fold increase is less likely for UMG, as the transaction is taking place in a bull market while WMG was bought by Providence and co in a bear market. Where the risk comes in for UMG is to whom the PE company/companies would sell to in the future. At that stage, one of the current high-risk strategic companies could become a potential buyer, which would be a future challenge for UMG. The other complication regarding PE companies is that many would want a controlling stake for an investment that could number in the tens of billions.

Institutional investors such as pension funds are the safest option, as they would be looking for long-term stakes in low-risk, high-yield companies to add to their long-term investment portfolios. This would also enable Vivendi to divide and rule, distributing share ownership across a mix of funds, thus not ceding as much block voting power as it would with PE companies.

The last group of potential buyers is also the most interesting: lower risk strategic. These are mainly holding companies that are building portfolios of related companies. Liberty Media is one of the key options, with holdings in Live Nation, Saavn, SiriusXM, Pandora, Formula 1 Racing and MLB team Atlanta Braves. Not only would UMG fill a gap in that portfolio, Liberty has gone on record stating it would be interested in buying into UMG.

Access Industries is the one that really catches the eye though. Alongside WMG, the Access portfolio includes Perform, Deezer and First Access Entertainment. On the surface Access might appear to be a problematic buyer as it owns WMG. But compared to many other potential investors, it is clearly committed to music and media, and is likely to have a strategic vision that is more aligned with UMG’s than many other potential suitors.

There is of course the possibility of being blocked by regulators on anti-competitive grounds. However, at year end 2017 WMG had an 18% market share, while UMG had 29.7% (both on a distribution basis). If Access acquired 25% of UMG, respective market shares would change to 25.4% for WMG and UMG for 22.2% (still slightly ahead of Sony on 22.1%). It would mean that the market would actually be less consolidated as the market share of the leading label (WMG) would be smaller than UMG’s current market leading share. While the likes of IMPALA would have a lot to say about such a deal, there is nonetheless a glimmer of regulatory hope for Access. Especially when you consider the continued growth of independents and Artists Direct. All of which point to a market that is becoming less, not more, consolidated. 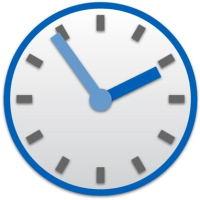 The time is now

Whatever the final outcome, Bolloré Group and Vivendi are currently in the driving seat, but they should not take too much time. 2019 will likely see a streaming growth slowdown in big developed streaming markets such as the US and UK, and it is not yet clear whether later stage major markets Germany and Japan will grow quick enough to offset that slowdown in 2019. So now is the time to act.