In this piece James Shotwell argues that, as music industry becomes increasingly crowded with artists, the need for more music journalists grows, and that social media's ability to fill this void is sorely lacking in the quality department.

Music journalism matters more now than ever before. At no other point in history has there been as many artists vying for attention or as much music being released on a daily basis. The need for someone to make sense of it all, to separate the good and the bad through critical assessment and keep fans informed with the latest developments, has never been greater.

Some people argue otherwise. Digital pundits will tell you that social media has replaced the need for music blogs and publications because nowadays everyone has the ability to connect with their favorite artists directly through one or many platforms. You can see tour dates on Facebook, understand personalities through Twitter, and see inside an artist’s day-to-day life via Instagram. You can also interact with talent in real time thanks to broadcasting tools made available on all three of the aforementioned platforms.

That argument makes sense for people who only really care about the activities of a few artists, but what about everyone else? Between updates from friends and family, not to mention surviving and thriving in the real world, who has time to keep up with everything that every artist or group they enjoy is doing on a daily — or even weekly — basis? And what about discovering new talent? 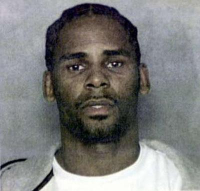 Music journalism matters. A great article can create new fans, develop careers, or — in cases such as the recent revelations about R. Kelly — destroy the fandom surrounding problematic talent.  Music journalists, as well as bloggers, vloggers, newsletter authors, and zine makers (they do exist) possess the ability to shape the future of the industry. The methods of getting their stories and opinions out has evolved, but their purpose has not. Music writers are the gatekeepers to the future of entertainment, and they exist to not only assist in shaping pop culture, but to keep it in check as well.

The power wielded by music writers has been weakened in recent years due to an influx of amateurs scheming to make career for themselves rather than the talent they love because the barrier to entry is virtually non-existent, but that trend won’t last forever. Between smart speakers in homes and the rise in popularity of streaming platforms such as Spotify and Apple Music, people are spending more and more time with music. The desire to find the next song or album or talent that will change lives has rarely, if ever, been as prevalent in society as it is at this very moment. Anyone unable to help is or will soon be ignored. Audiences know inauthenticity when they encounter it.

What the world needs now is three-fold. The world needs people knowledgable of music who can express their thoughts and opinions in an interesting way, as well as people who can tell an engaging fact-based story about musicians. The world also needs people who can do those things through the most popular platforms of our time. Blogging is not and should not be the only approach those who wish to discuss and dissect music take to reach an audience. In today’s world, a story is only as great as the audience it is able to reach, which means creators need to be willing to take risks. Writers will always be able to write, but that might not be the best way to help artists. Instead, writers should take their work and turn it into videos, or tweets, or podcasts. Maybe they need to do all three of those, in addition to posting a written version.

There are hundreds of millions of people around the world paying for monthly music streaming service subscriptions, as well as hundreds of millions more accessing similar services for free. Not all of them are interested in deepening their understand of music, but most are, and many do not know where to turn for original content. With hard work and flexibility, a new generation of music journalists could easily make a name for themselves in an increasingly crowded marketplace. The only way to do that, however, is through well-written, fact-based content. Anything else is just fluff, and the world has enough of that.