While the music industry had high hopes that the European Union's passage of Article 13 would knock YouTube down a few pegs, the legislation's possibly insurmountable struggles suggest YouTube might actually come out on top after all.

The music industry had great hopes that it would finally deal a blow to YouTube if Article 13 of the European Union’s new copyright law were to pass. After a massive marketing campaign against it, it looks like YouTube might have won the war, as the controversial bill is taking on water fast.

In a nutshell, Article 13 makes YouTube and other similar platforms that rely on user generated content (UGC) legally responsible for the content that its users upload. Now it all falls under the “fair use” doctrine that absolves a UGC platform from any legal wrongdoing by its users. Article 13 would have meant that YouTube would have to both monitor and take down any videos that appear to violate copyright, a potentially massive job.

A rough draft of the provision was approved last September but it has come under increasing fire since, making its final passage in doubt. Last week representatives of the EU member states met in Romania set to approve the latest version, but in a surprise move, 11 countries reportedly voted against it. The final approval meeting was canceled as a result. 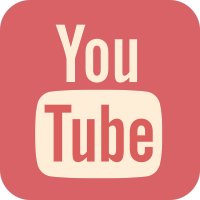 YouTube would like to keep the status quo, of course, since it continues to make money while paying the lowest royalty rate of any audio or video distribution platform. It warned of the unintended consequences that could happen should Article 13 pass. One possibility is that creators and copyright holders would earn even less money since fewer UGC posts contained their music, and therefore wouldn’t be monetized.

The fact of the matter is that the law would also impact not only music, but sports and gaming as well, so opposition to the provision continues to grow.

This portion of the law is still not dead however. It’s possible that another revision could soothe the problems that the opponents had with it. Then again, it’s also possible that copyright reform might be approved without it as well.

Remember that this controversy is only in Europe for now, but any precedent could influence legislators in the U.S. down the line.