Kurt Patat has named Global Head of Consumer and Entertainment Communications at YouTube.  Before joining YouTube, Patat held several senior level positions at Viacom including SVP of Communications for CMT and the Paramount Network and as VP of MTV and Logo. 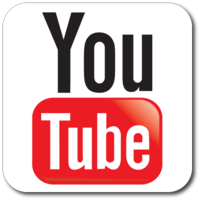 Based in Los Angeles, he reports directly to Chris Dale, YouTube’s Global Head of Communications and Public Affairs.

Patat most recently served as SVP of Communications for Paramount Network and CMT, a dual role in which he led corporate communications, media relations, internal communications, and oversaw publicity teams in New York, Los Angeles and Nashville for series and music specials including “Nashville,” “Yellowstone” and the annual “CMT Music Awards.”

Previously, he was a VP at MTV and Logo where he directed brand and series publicity campaigns for some of their biggest series and music events, including “MTV Video Music Awards,” “RuPaul’s Drag Race,” and “Unplugged,” as well as all digital/social initiatives.

Before joining Viacom, he led consumer media relations for AOL.