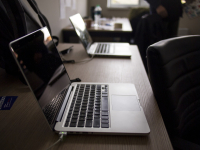 In this piece, Cherie Hu look at five observable trends in the world of music industry tech startups, and what these inclinations suggest about the future of the music biz and the ways in which tech companies and their investors understand and relate to the music business.

As many of you may know firsthand, so much of growth and success in the entertainment business is about the right timing.
I am 100% a beneficiary of timing. I feel extremely fortunate to have started writing about the intersection of music and technology just as those two worlds were starting to warm up to each other again, with respect to partnerships, investments and deals—as opposed to the early 2000s, when the music business was highly critical of Napster and other technologies, treating them largely as scapegoats for their own problems.
My first-ever article about music/tech was published in Forbes on November 5, 2015. In just the ten months leading up to that date,
Fast-forward four years later, and the momentum around music and tech only seems to be getting quicker today. Techstars Music just launched its third annual accelerator program, Warner Music Group is actively investing in seed-stage startups with their new fund WMG Boost and Scooter Braun and Zach Katz just announced their new music-tech investment group Raised In Space, which will invest anywhere from $500,000 to $5 million in startups solving problems for the music industry.
Since we’re still relatively early in 2019, I thought now would be a good time to examine where the music-tech sector might be headed this year—through the prism of Techstars Music, Abbey Road Red and similar startup programs, alongside what is being covered in the media.
Below are five trends I see among these programs’ cohorts, and what they reveal about the way tech founders and investors understand the music industry—and, in turn, how artists and music companies could respond. Not all of these trends are “new” per se, but music and tech companies are only now grappling with their potential impact. Again, it’s all about timing.
1. Democratizing recorded-music advances for unsigned artists.
Some of the most crucial startups for the future of the music industry, in terms of business- rather than experience-level innovation, treat artists as their core customers.
Across genres and geographics, all of the problems that artists have can arguably be boiled down to two questions: How do I connect better with my fans, and how do I make money to sustain my career?
Major labels have gotten a lot of flack with respect to their perceived inefficacy in helping artists solve the money problem. Yet with respect to financing, they still have one key differentiating factor going for them: they remain among the only companies willing to take the enormous risk of handing over one million dollars in upfront cash to an artist they believe in.
Streaming services like Spotify and NetEase are also beginning to dole out licensing advances to select artists and managers, but the practice remains far from democratized. Without a significant playlist placement or marketing push, it can take unsigned artists as long as two years to recoup on recording and marketing expenses for a single track from streaming income alone, hindering their ability to invest in more ambitious projects in the absence of another revenue stream.
A growing number of startups are trying to change these dynamics by using predictive analytics to democratize royalty advances. For example, The Music Fund—part of this year’s Techstars Music cohort—is building a financial service that will offer artists upfront cash advances for a limited portion of their future back-catalog royalties. Importantly, artists will have control over the percentage and time period (e.g. “I want an advance for 50% of my royalties over the next two years”), and the company calculates its offer after the fact, without claiming any copyright ownership.
The idea is also gaining momentum elsewhere: Open On Sunday claims to offer cash advances on future catalog royalties not only to artists, but also to independent labels and publishers. And last week, free music-distribution platform Amuse launched its new Fast Forward feature, which similarly gives select artists the opportunity to collect their projected royalties as a lump sum up to six months in advance. Amuse takes a small fee off the top, which is determined algorithmically for each individual artist based on perceived risk.
As the technology is still early, I personally remain on the fence about whether these initiatives will actually be more advantageous for artists. Nonetheless, I hope this trend encourages more open conversations this year about alternative financing models and resources for the recorded-music sector, beyond the normal streaming payouts and major-label advances we read about in the press.
2. Strengthening the bonds between music and health (e.g. fitness, biometrics, therapy).
It is no coincidence that indoor cycling company Peloton, a $4 billion business that reportedly has more U.S. customers than SoulCycle, is also now a co-investor in this year’s Techstars Music class. 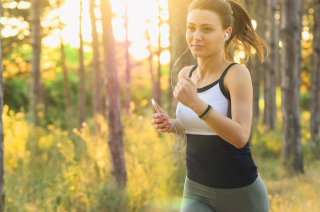