Already a hugely successful artist, Ariana Grande's release of Thank U, Next has proven that her army of fans are willing to go above and beyond, and are the sort of devoted supporters which every artist needs in their life.

With the success of Thank U, Next Ariana Grande fans have proven themselves to be among the best fans in the entertainment world.

Ariana Grande released her long-awaited fifth studio album, Thank U, Next, on Friday, February 8. You probably knew that already, or at least knew that the record was due out soon. The title track has been at radio for weeks, the song’s single is a viral smash, and every other song released in advance of the singer’s new LP is already starting to make their way into charts around the world.

But there is another reason you know about Ariana Grande’s new album. It’s the same reason that the phrase “thank you, next” has taken on a life of its own within pop culture in a way few song lyrics do, as well as the reason many people can name Ariana’s ex-boyfriends as if they know her in real life. That reason is Ariana Grande’s fans.

Pop music has a reach history of devoted fanbases. From The Beatles and Elvis being chased through the streets wherever they went by hordes of screaming followers to Beyonce’s fans dubbing themselves ‘the Beyhive’ and threatening to attack anyone who threatens their queen’s happiness, a loyal following can help an artist in ways no marketing or public relations genius ever can. Nothing beats the authentic adoration of an artist’s fans, and when leveraged correctly — as is the case with Ariana Grande’s latest album release efforts — fans can make the difference between a record becoming hit album or another release everyone forgets in two weeks or less.

Sometimes called ‘Arianators,’ fans of Ariana Grande are an outspoken bunch. They do the same things all dedicated fans do, such as engage with every update their favorite star posts to social media, but then they take things one (or fifteen) steps further. Ariana fans support all positive news coverage of the star and the journalists who write it, they share song links with every single one of their contacts, and they even go as far as to create flyers promoting their favorite singer’s new album. Just look at what one dedicated fan made to celebrate the release of Thank U, Next: 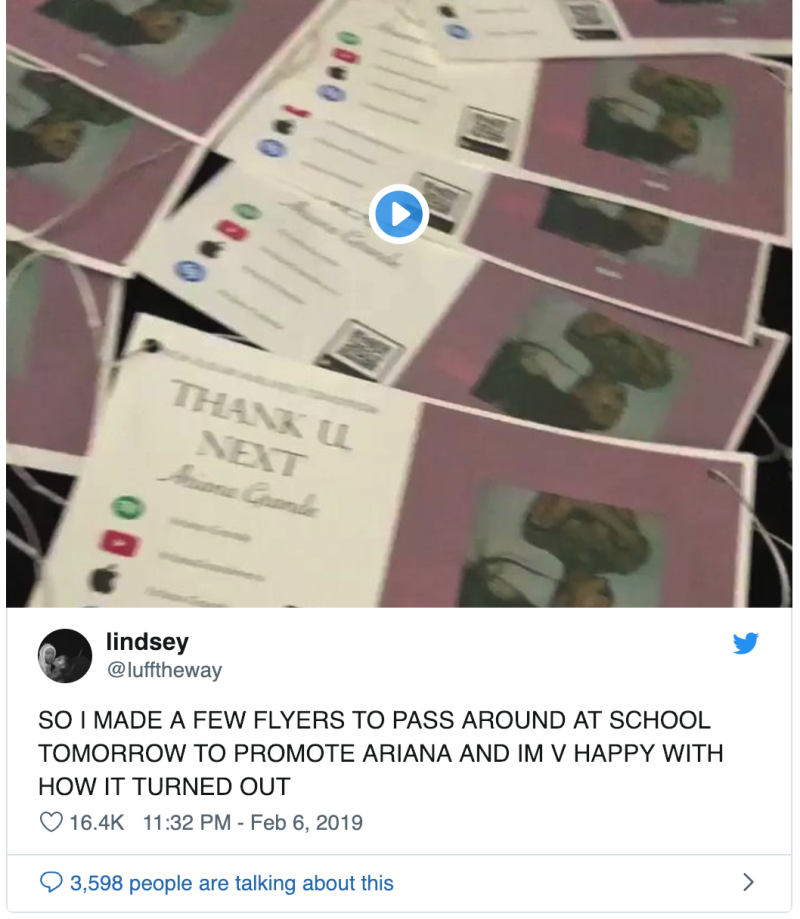 And did I mention the memes? Ariana fans love to make memes. Here are just a few memes her fans have made since hearing Thank U, Next in full: 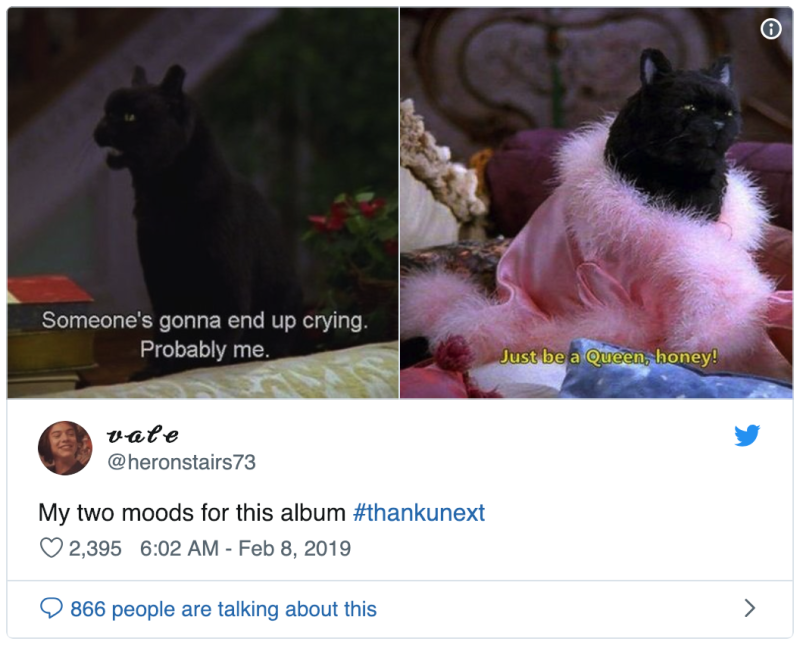 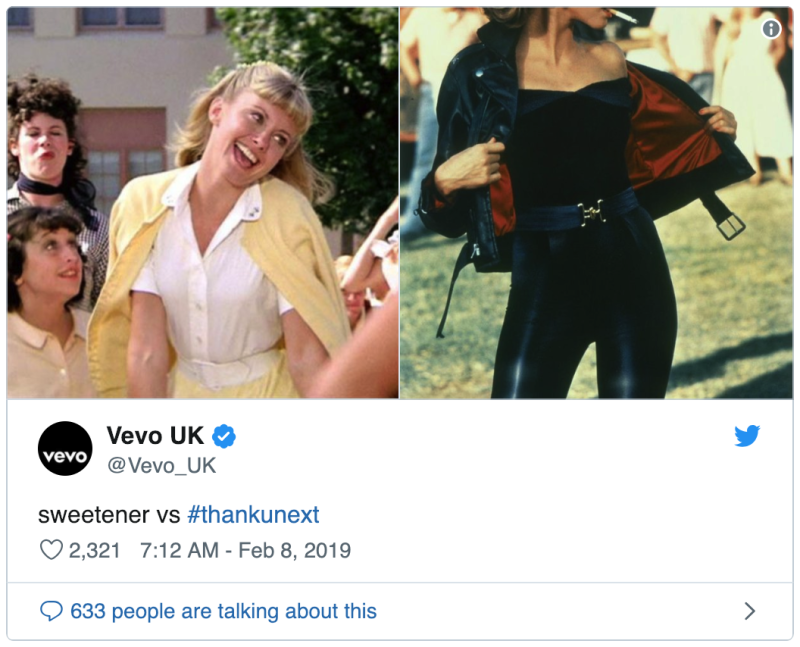 Arianators even risk embarrassing themselves in order to promote their favorite artist. Here’s one fan shedding tears over the track “Fake Smile”: 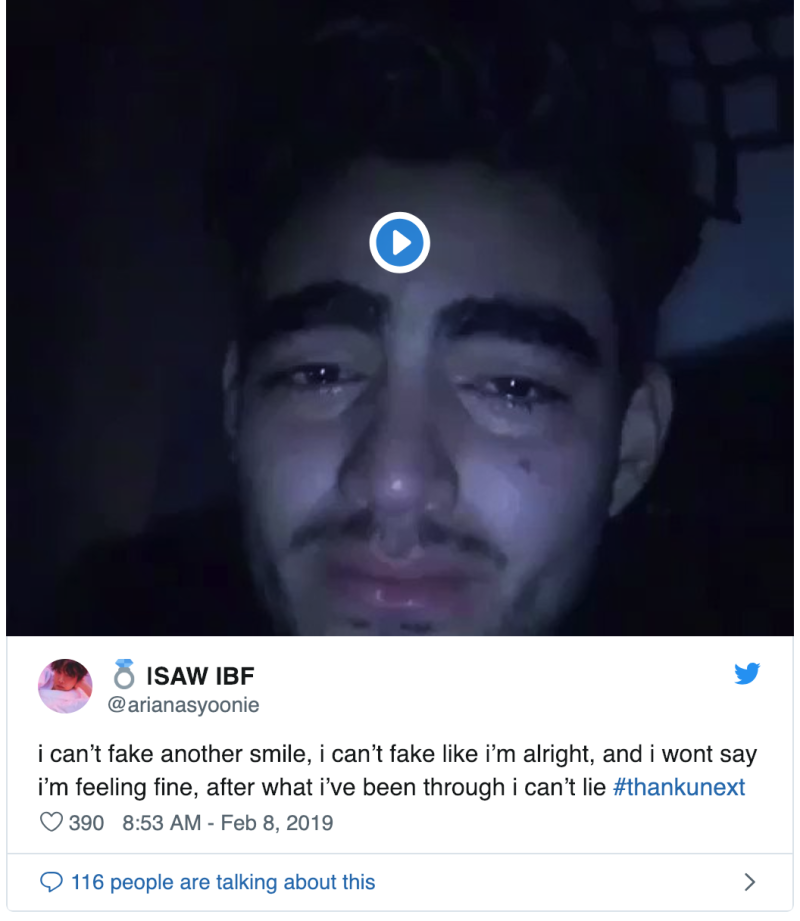 And here are several fans losing their mind while hearing Ariana sing whistle tones on the song “Imagine”:

These tactics are nothing new in the world of music. Long before the internet, fans who wanted to see their favorite artist get ahead had to play an active role in promotion. Fans created zines, organized fan clubs, and called radio stations requesting to hear their favorite artist’s latest single.

Every singer and group has fans who are willing to help promote. The difference between those who maximize the value of their following and those who do not mostly comes down to a question of whether or not they authentically engage with their audience. Ariana Grande, or someone with access to her social media and a knowledge of how she speaks, spends time every day interacting with fans. They encourage promotion, yes, but they also take a personal interest in their fans’ lives. They wish people a happy birthday, send kind words to the downtrodden, and take a general interest in followers’ lives.

To put it simply, Ariana Grande gives a damn about her fans.

Smaller artists may argue that Ariana’s success is owed as much to her devoted fans as it is the size of her fan base, which is true, but that following did not appear overnight. Thank U, Next is Ariana’s fifth studio album in a career that spans more than a decade. Pop singers may have a different path to success than rock bands or hardcore groups, but everyone who is trying to make it in music starts from the same place. Every single success story begins with someone or some small group devoting their free time to promoting the art that moves them. In a way, it doesn’t matter how many fans someone has right now, but how they care for that following and develop it over time.