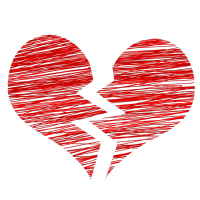 Crowdfunding has become a well tested fundraising tool, particualrly for independent musicians. But the ongoing troubles at PledgeMusic have led many to look for alternative approaches. Tommy Stalknecht, the CEO of Spotify music distribution app Single surveys the current music crowdfunding landscape and offers a well tested direct-to fan alternative.

By CEO Tommy Stalknecht and the team at Single

But they aren’t. Not anymore.

Platforms like PledgeMusic presented a fresh alternative to the traditional label funding model. For the first time, artists could raise money from fans and include them in their creative process. PledgeMusic is one of many companies that changed the trajectory of the music industry, demonstrating that independent artists operating new tools could hold their own in an industry dominated by major labels.

But something isn’t working. Artists haven’t been receiving money on time from Pledge, and today they advised artists to suspend existing campaigns altogether. We think this is an appropriate time to present an alternative model. Artists can run an entire crowdfunding campaign directly from their own webstore. If an artist already has a direct connection with fans, they can avoid high fees from crowdfunding platforms and run campaigns independently.

The case for Pledge

PledgeMusic has a legitimate use case; they give lesser-known artists a platform to raise money when they might not otherwise have one. But this marketing push is costly. It is hard to rationalize giving up 15% of every dollar raised if you’re an artist who already communicates with fans directly.

How would I build my own “direct-to-fan” campaign?

People build and maintain ecommerce storefronts using Shopify. The owner chooses a starting “theme”, then customizes that theme to build out a store. Shopify has excellent articles about how to do all of that. Today we’re focused on the Jumpstart theme – a free template to create a crowdfunding campaign using Shopify.

Shopify is amazing for generalized selling, but artists running their own campaigns will need music specific features. Single Music powers pre-orders, bundles, digital downloads and SoundScan reporting. Create a digital release in Single and have it automatically sent to Shopify as a product. Add the release to any physical product in your Shopify store to create a bundle.

What about other crowdfunding features?

Well… these are easy to replicate too. In fact, there are a handful of 3rd party Shopify apps that add functionality to your DIY crowdfunding campaign. Using CrowdFunder you can create multiple simultaneous campaigns, complete transactions regardless of your campaign meeting its goal, and create product pages that look nearly identical to those on traditional crowdfunding platforms.

Why is this solution better than Pledge?

While Pledge’s pricing scales linearly (starting at 15% of all funds raised), Shopify’s costs are a flat monthly subscription fee, plus a little under 3% for payment processing using Shopify Payments. Single doesn’t even touch the money – we let Shopify handle that. This means the money you raise from your campaign will be in your account in just two days. Pledge waits until your campaign finishes; a Shopify-powered campaign sends you your money as you go.

Why is this solution better than Bandcamp?

Whether you offer a digital standalone album or a digital album as part of a bundle, Single Music only charges you for album delivery, which is 15 cents / track (capped at $2 / album). This pricing is comparable to a service like Bandcamp (and half the price of iTunes). Except, Bandcamp takes 10% from your physical merch sales. Single does not.

Let’s say one of your top tier packages is a guitar that you played onstage, going for $12,000. One dedicated fan will jump on the opportunity to give you $12k for this one-of-a-kind item. Would they be so happy to learn that $1,800 of goes directly to PledgeMusic? Or $1,200 straight to Bandcamp?

Using Shopify & Single for the same product looks like this: $30 would cover the subscription for the month, $1.50 for the digital delivery (assuming digital is bundled with the guitar like Pledge’s “AccessPass” feature), and $360 for payment processing. That leaves over $11,600 – almost 14% more than Pledge – paid directly to the artist without any delay or middleman.

Instead of costly campaigns ran on crowdfunding platforms, artists can now raise money on their own terms – and keep more of it. Financing a record or tour using a crowdfunding platform was revolutionary ten years ago. But due to the technological growth in the past ten years, those platforms are beginning to look like dinosaurs. If you already have a direct connection with your fans, running a DIY crowdfunding campaign is a no-brainer.