SoundCloud Appears To Be Getting Healthier

For awhile things looked pretty dark for SoundCloud, and as the audio distribution platform continued to suffer growing losses, both creators and consumers of the sites content began to worry about what sort of changes the company might have to make to stay afloat. Thankfully, a new report from the company has revealed a strong uptick in revenue.

Artists and bands everywhere have been worried for a while about whether SoundCloud would change drastically in order to survive, thanks to the ever growing losses that the company was experiencing. The platform is the main window to the outside world for many indie act’s music, and for many the thought of finding a new service is daunting. It looks like you can put that worry on hold though, as the company has reported an increase of revenue by 80%, and while it’s still not profitable, the losses are dropping. 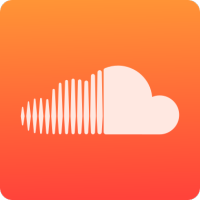 Now the caveat is that SoundCloud is only reporting its 2017 revenues, but it also claims that it’s 2018 revenues will hit its projections as well, which is indeed good news.

The company reported global revenues of $102 million in 2017 from subscription revenues from both Pro user upload accounts and Go listening accounts, and advertising. Around 71% of the total revenue was generated in the United States.

The fact of the matter is that SoundCloud is an essential element for indie artists, allow them to make their music available to a restricted audience rather than in a general release to the music streaming services. It serves a very unique purpose in career building, and while there are other similar services, it has a brand name that everyone is familiar with.

While many artists would prefer to make money from their music via SoundCloud, most prefer to use it to make their songs available to only industry types like agents, managers, music execs, and the like. It’s the perfect intermediate platform, so it’s good to hear any news of its good health.