Advice To Labels: When Reissuing Vinyl, Take The Extra Step 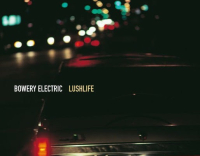 The resurgence of vinyl has breathed new life into a number formerly overlooked albums, bringing hitherto forgotten artists out of the woodwork. When it comes to these fresh pressings, however, it's important that labels take the time (and money) to invest in top notch audio quality.

The vinyl revival has provided a new lease of life for countless underappreciated albums that originally fell through the cracks.

When done right, such reissues are nothing short of revelatory, and can even bring out of retirement a construction worker, as was the case with Rodriguez, courtesy of Light in the Attic, which reissued in 2009 his two obscure albums on Sussex, Cold Fact (1970) and Coming from Reality (1971) and they remain steady sellers on vinyl.

Unfortunately, new pressings from re-mastered original analogue tapes remain the exception rather than the norm, and we have audiophile labels like Mobile Fidelity and Analogue Productions, to thank for sparing no expense on the aural quality. 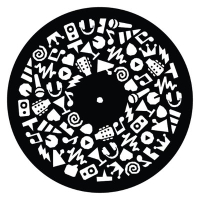 Some reissue labels, such as Vinyl Me, Please, leave no tidbit of information uncovered about the initial release’s reception and chart performance with their mini booklets. Others leave the consumer mostly with the music, albeit emanating from the grooves of a 12-inch record, skimp on the bells and whistles, by reproducing essentially what was put out the first time around.

To this discerning consumer always focused on music discovery, I’m looking for even more from the vinyl experience.

Trip-hop was somewhat a familiar genre to me, with Portishead, Morcheeba and Zero 7 on repeated play in my CD changer during the mid-to-late 1990s when I became a new parent, keeping my clubgoing to a minimum.

Somehow Bowery Electric’s Lushlife, originally released in early 2000 by Beggars Banquet, missed my radar. A recent detail-filled press release hitting my email inbox piqued my interest: “The album teems with atomized sounds, each one opening a portal in the mix, importing a haze of space and history, evoking the distant buzz of the city beyond the studio. Throughout, gilded strings build, sway and exhale, plugging the music into the sumptuous melancholy of Philly soul, the emotive Mancini-inspired arrangements of Gaye and Mayfield and the edgy soundtrack scores of David Shire.”

Thankfully, to these ears, the 50-minute record lives up to the copywriter’s hype.

Although the striking photographic cover captures the city never sleeps, the packaging otherwise disappoints, despite a gatefold that is devoid of full credits or the album and musicians’ backstory.

Come on Beggars, would have it broken the budget to include two-sided insert to inform the listener a bit more of what’s spinning?