"Kobalt has been the poster child for the changing of the guard in the music business," writes MIDiA analyst Mark Mulligan. But it's on a path to become much more as "next-generation label… plotting a course to becoming a next generation-major." 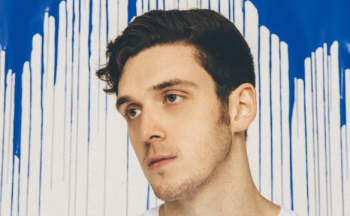 News has emerged of Kobalt potentially looking to raise an additional $100 million of investment, following a 2017 round of $89 million and a 2015 $60-million round led by Google Ventures. Kobalt has been the poster child for the changing of the guard in the music business, helping set the industry agenda by pursuing a creators-first strategy while.

Building an impressive roster of songwriters and artists at a scale that would have most indies salivating. But it does not have its sights set on being the leading player of the indie sector, instead playing for the big game: Kobalt is the next major label waiting to happen.

So, what makes Kobalt so different? In some respects, nothing. Most of what Kobalt is doing has been done before, and there are others plotting a similar path right now (e.g. BMG, United Masters, Hitco). What matters is how it is executing, how well backed it is and the scale of its ambitions:

Kobalt is a next-generation label and it is plotting a course to becoming a next generation-major. That success will not be reflected in having the rosters of household names that characterise the traditional major model, but instead an ever-changing portfolio of niche superstars. The question is whether the current majors can respond effectively; they have already made big changes, including label services, JV deals, higher royalty rates, etc.

Perhaps the most fundamental move they need to make, however, is to understand what a superstar artist looks like in the era of fragmented fandom. The way in which streaming services deliver music based on use behaviours and preferences inherently means that artists have narrower reach because they are not being pushed to audiences that are relevant. This shifts us from the era of macro hits to micro hits ie songs that feel like number one hits to the individual listener because they so closely match their tastes. This is what hits mean when delivered on an engagement basis rather than a reach basis. Quality over quantity.

Majors can still make their artists look huge on traditional platforms, which still command large, if rapidly aging audiences. But what matters most is engagement, not reach. It is a choice between bought fandom and earned fandom. In the old model you could build a career on bought fandom. Now if you do not earn your fandom, your career will burn bright but fast, and then be gone.