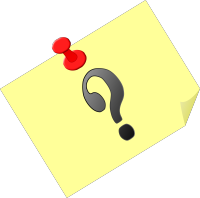 Spotify has released a blog post laying out their decision to join Amazon, Pandora and Google in appealing a US Copyright Board decision that would raise streaming payments to songwriters by 44%, over time. Now, David Israelite of the National Music Publishers Association (NMPA) has issued point-by-point "fact check" of Spotify's claims.

Spotify released a blog post attempting to spin why it is fighting against songwriters and trying to reverse the CRB decision which granted songwriters only their second meaningful rate increase in history. Let’s fact check their blog:

SPOTIFY SPIN:  Is Spotify suing songwriters? No, Spotify is not suing songwriters. Spotify, Amazon, Google, and Pandora have each individually appealed the CRB outcome. The National Music Publishers’ Association, or NMPA, also filed an appeal. An appeal is the only avenue for anyone to clarify elements of the CRB ruling.

TRUTH: Spotify is appealing the decision of the CRB to the US Court of Appeals for the DC Circuit in order to reduce or eliminate the royalty rate increases granted to songwriters by the CRB.  It’s that simple.  Everything else –including Spotify’s attempt to describe its filing as “clarifying elements” of a ruling—is misleading spin.

Simple question for Spotify – do you want to reduce or eliminate the rate increase?  If the answer is anything but an unqualified “no”, then all songwriters should see right through Spotify’s attempt to divert and distract.  Further, NMPA made clear it would not appeal unless the digital services appealed first.  If the digital companies withdraw their appeal, so will NMPA.

SPOTIFY SPIN:  Does Spotify think songwriters deserve to be paid more? Yes – this is important to songwriters and it’s important to Spotify. The industry needs to continue evolving to ensure that the people who create the music we all love — artists and songwriters — can earn a living. The question is how best to achieve that goal.

TRUTH: Let’s start with the most obvious falsehood. Spotify put on a case at the CRB trial where it had an opportunity to propose any rate structure it wanted. Did Spotify propose paying songwriters more? No. Spotify actually proposed a REDUCTION from the old rates. If Spotify thinks songwriters deserve to be paid more, and it’s just a question of by how much and how best to achieve that goal, why did it propose to the CRB to CUT what songwriters earn?  Spotify claims songwriters deserve to be paid more, but Spotify fought in the CRB to cut rates, and now Spotify is fighting in an appeal to prevent the rate increase ordered by the CRB.  Spotify should understand that actions speak louder than words. There is no way to spin this Spotify.

SPOTIFY SPIN:  Do you support the CRB rates? We are supportive of US effective rates rising to 15% between now and 2022 provided they cover the right scope of publishing rights. But the CRB’s 15% rate doesn’t account for all these rights. For example, it doesn’t consider the cost of rights for videos and lyrics.

TRUTH: Spotify’s answer is an attempt to trick you.  Let’s be clear, Spotify knows Section 115 doesn’t include the video and lyric rights of songwriters. So, Spotify tries to fool you into thinking it supports the 15% rate as long as it includes the “right scope” of rights, and then names two rights over which the CRB has no authority. The CRB ordered a 15.1% rate for ONLY the Section 115 mechanical reproduction rights structure. If Spotify wants the video and lyric rights of songwriters, Spotify knows it has to negotiate for those rights in a free market, on TOP of the Section 115 compulsory rate.  What Spotify is saying is that it doesn’t want to pay any more for your lyric or video rights, even though every other digital service must do just that.  No one should be fooled by this smokescreen.

SPOTIFY SPIN:  So why is Spotify appealing? The CRB rate structure is complex and there were significant flaws in how it was set. A key area of focus in our appeal will be the fact that the CRB’s decision makes it very difficult for music services to offer “bundles” of music and non-music offerings. This will hurt consumers who will lose access to them. These bundles are key to attracting first-time music subscribers so we can keep growing the revenue pie for everyone.

TRUTH: Let’s talk about “bundles.”  Spotify complains it will be difficult for music services to offer “bundles” of music and non-music offerings under the new rate structure.

Let’s be straight about how Spotify (and Amazon) want “bundles” to work. Say that Spotify wants to partner with a non-music service, like a gym. You join the gym, and pay $50 every month, and you get Spotify for “free”, something that would cost $10 a month if you paid for it alone. Let’s also say the rate stays at the 15% of revenue. For a music service alone, Spotify would owe the songwriters/publishers 15% x $10 which would equal $1.50. Simple, right?  So if the $10 Spotify service is “bundled” with a $50 a month gym membership, and the rate is 15%, how much should Spotify pay the songwriters/publishers?  Under the CRB ruling, Spotify would have to value the music service at $10 per month, and still owe $1.50. That’s what Spotify calls “flawed.”  So, how does Spotify want it to work?  Spotify wants to be able to “deduct” the value of the non-music value from the revenue pool, before applying the rate. So, if the gym membership is arguably worth $50, Spotify wants to claim that the value of the music service is then $0, and 15% of $0 is … well… you get the picture.

Spotify tries to deceive songwriters into thinking “bundles”, a topic few people understand well, is driving its decision to appeal, and makes NO mention of intending to fight against the rate increase.

SPOTIFY SPIN:  So what’s the right way to split the pie? Music services, artists, songwriters and all other rightsholders share the same revenue stream, and it’s natural for everyone to want a bigger piece of that pie. But that cannot come at the expense of continuing to grow the industry via streaming. The CRB judges set the new publishing rates by assuming that record labels would react by reducing their licensing rates, but their assumption is incorrect. However, we are willing to support an increase in songwriter royalties provided the license encompasses the right scope of publishing rights.

TRUTH: Ok – there is spin, and then there is black and white falsehood.  Spotify alleges the CRB judges “assumed” record labels would react to the publisher rate increase by reducing their rates. Not only is that not true, the judges wrote the opposite in their opinion.  For those who want to fact check, read footnote 75 on page 35 of the CRB’s Final Determination. The truth is that unlike songwriters, Spotify and record labels are in a free market. What Spotify pays record labels is negotiated between the parties. How those two parties split the 85% of revenue left over after paying songwriters and publishers their 15% of revenue is irrelevant and has no relationship to the value of the songs to Spotify’s business model. Simple solution – let songwriters and publishers negotiate the value of their copyright the same way that record labels do – but Spotify opposes that.

SPOTIFY SPIN:  We hope this helps explain why we took this step, and what you can expect from Spotify as the industry works together moving forward. These are hard issues but we will listen and be open about what we think. Our mission is clear: we want to help more artists and songwriters make a living doing what they love.

TRUTH: What can we expect from Spotify?  We can expect them to attack songwriters to cut what it pays them, and then try to deceive you about what it is doing.  Yes – Spotify’s mission IS clear. And for songwriters, and those who care about songwriters, our mission is clear too. This fight has just started.