Myspace has lost all content uploaded to the site before 2016 including more than 50 million tracks,videos and photos from 14 million artists.  Users noticed that content was missing almost a year ago. 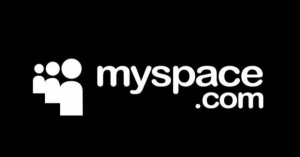 MySpace was once the most important social network in the world and served as a vital conduit of fan communications for many musicians. Over time, however, most fans moved on to Facebook and other social networks.

Now, MySpace has confirmed the new data loss, blaming a faulty migration to a new server. Retrieving the content is reportedly impossible. A sloppy relaunch in 2013 had already deleted much of the legacy text content, but retained music, photos and video.

Many are now blaming the People/Entertainment Network, who purchased MySpace from Time Inc in 2016, for the loss.

“I’m deeply skeptical this was an accident,” wrote the internet expert Andy Baio. “Flagrant incompetence may be bad PR, but it still sounds better than, ‘We can’t be bothered with the effort and cost of migrating and hosting 50m old MP3s.’”