New Report Reveals Why Piracy Persists In The Streaming Era 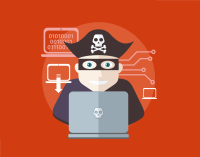 Given the ubiquity of available content and ease of access which many of us now have to music and video in 2019, analysts had predicted that the streaming age would all but eradicate piracy. This hasn't quite panned out however, according to a new study out of New Zealand, although not for the reasons you might think.

Piracy was supposed to end with the dawn of streaming. Entertainment analysts predicted that having the vast majority of movies, music, and television a few clicks away at any moment would remove any need for digital piracy. After all, who doesn’t have a Netflix and Spotify (or similar subscription services) account in 2019?

The solution to piracy was never as simple as people like to believe. Studies show that streaming has changed consumer behaviors, but as more services become available with exclusive content from major stars, a new issue is emerging. Paying for Netflix and Spotify here in the United States will set people back about $25 a month. For some, that figure is not a problem, but others cannot afford it. Add to this, the rising popularity of Hulu ($10 a month), Amazon Prime Video ($8.99), HBOGo ($10), and DC Universe ($7.99), as well as upcoming streaming services from companies like Disney (likely to cost $10 or more per month), and the price associated with seeing everything is getting pretty high. 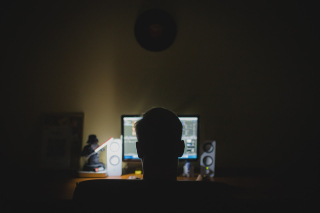 That figure is so high, in fact, that many consumers cannot afford to keep up. According to a new study commissioned by New Zealand telecoms group Vocus Group NZ and conducted in December 2018, while the enhanced availability streaming provides is having a positive effect overall, it’s also leading some consumer to pirate.

“In short, the reason people are moving away from piracy is that it’s simply more hassle than it’s worth,” says Taryn Hamilton, Consumer General Manager at Vocus Group.

“The research confirms something many internet pundits have long instinctively believed to be true: piracy isn’t driven by law-breakers, it’s driven by people who can’t easily or affordably get the content they want.”

Speaking strictly to film and television, the majority (75%) of those surveyed said that free-to-air TV services are their weapons of choice for viewing content, with 61% utilizing free on-demand channels offered by broadcasters. Around 58% of respondents said they visit the cinema, with paid streaming services such as Netflix utilized by 55%.

The results of the study are mostly positive. Piracy seems to be declining, but as competition for consumer dollars in streaming grows, illegal downloading may see a resurgence. That goes for film, television, and music alike. Access over exclusivity is best for everyone, but it often means less money for creators. Is there a solution that makes everyone happy AND lowers the likelihood of piracy? We don’t know.

“The big findings are that whilst about half of people have pirated some content in their lives, the vast majority no longer do so because of the amount of paid streaming sites that they have access to,” Hamilton added in a video interview with NZHerald.