[UPDATED] Last week, Christopher Moon, developer and President of NoiseTrade announced his resignation: "I recently wrapped up my tenure running NoiseTrade," he wrote in an email. Moon's departure was the latest in a series of setbacks for the PledgeMusic owned music discovery platform.

PledgeMusic acquired NoiseTrade, alongside online performance platform Set.fm (since re-sold), as part of a 2016 expansion. 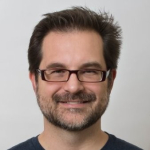 Moon helped launch Noisetrade in 2012 and curated the company's popular bi-weekly emails for many years. More recently, he led the Noistrade sponsorship team and had taken on a roll a PledgeMusic. He was, and still is, also an artist manager whose clients include Apex Manor.

But NoiseTrade owner PledgeMusic has been on life support for weeks. The crowdfunding site suspended all campaign transactions a month ago and hundreds of artists are owed what is estimated to total well over a million dollars.

NoiseTrade has always been run as a separate company, multiple sources tell Hypebot, generating their our own revenue. But the loss of Moon, who was in charge of advertising and sponsorships, is a blow. "There needs someone in that role sooner rather than later," a source familiar with the company said.

The wall between NoiseTrade and PlegeMusic could also tumble if the crowdfunder is forced into bankruptcy. Despite being one of the few remaining positive assets in the PlegdeMusic portfolio, NoiseTrade could be pulled down by litigation or liquidation. 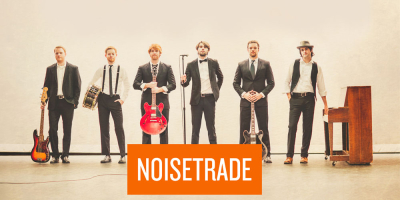 For now at least, multiple sources tell Hypebot that NoiseTrade continues to effectively service artists despite its affiliation with PledgeMusic.

"It's as if nothing has happened at Noisetrade," said one artist manager who is also caught up in the PledgeMusic mess. In fact, many artists, managers and marketers contacted for this story were unaware or had forgotten that the two companies were linked.

The remaining NoiseTrade team remains committed to its survival. Many have worked together for years, according to someone familiar with the company, and they "know how to pull together to keep the train on the tracks."

"It's a service that works," said a marketer who continues to use NoiseTrade for their clients. "It's worth supporting and saving."