At least one potential buyer is taking a serious look at acquiring debt ridden PledgeMusic, according to new reports. Unable to pay funds due artists and labels, PledgeMusic suspended all crowdfunding campaigns in early February, and has been operating with a skeleton staff since.

A potential buyer is “very interested” doing due diligence for the last several weeks, sources tell Variety.  One source told Hypebot that several companies have looked at acquiring PledgeMusic, but did not offer details as to how far those talks have progressed.

Unless the company declares bankruptcy first, acquiring PledgeMusic could come at a hefty price. Not only is the brand severely damaged by months of non-payments to artists, unofficial estimates of the money owed to artists range over $1 million, and a source with knowledge of the company tells Hypebot that total debt could be as high as $3 million. 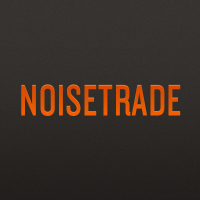 Included in PledgeMusic's liabilities is money due the founders of Noisetrade, which PledgeMusic acquired in March of 2016. Brannon McAllister took to Twitter earlier this month to say that he and his Noisetrade co-founders were owed hundreds of thousands of dollars by PledgeMusic. "Some of that is late by 9 months now," he wrote, "and more than a couple hundred thousand is due in a few more months.

"I doubt any of that, including the $100k owed to me personally will be seen outside of a miracle,"  McAllister commented.

.@PledgeMusic owes @NoiseTrade founders hundreds of thousands of dollars. Some of that is late by 9 months now & more than a couple hundred thousand is due in a few more months. I doubt any of that, including the $100k owed to me personally will be seen outside of a miracle.