New scandals in South Korea that cast doubt on K-Pop stars, K-Pop culture and a male chauvinist and sexist South Korean culture in general, could halt the genre's recent hugely successful drive into other countries.

So says an expose by CNN that looked not only at the scandals involving K-Pop star Jung Joan-young and Seungri but how there may be collusion with the police and a nationwide atmosphere of “toxic masculinity” that threatens a safe environment for women who are objectified in the culture. 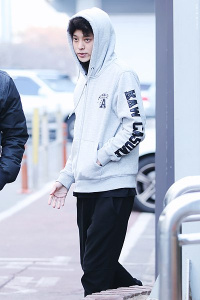 Seungri, a member of global stars Big Bang, has been caught in a scandal involving the illicit sharing of sexual videos online without women’s consent. The 28-year-old also oversaw publicity for Seoul nightclub called Burning Sun, one of many such venues that include dark VIP areas where K-Pop starts can hide away from the public. That club was recently shut down by police that some of the club’s staff secured prostitutes for VIPs, plus rape, drug trafficking, and drug use.

Four major K-Pop idols have apologized in the last month after being linked to a group chat where members were allegedly filmed without consent. Joon-young was arrested in connection to the scandal on Thursday.

The arrests, apologies and early retirements have cast a light on the Korean culture, with CNN noting that it was exposed this week that about 1,600 people had been secretly filming motel rooms in the country, with Police saying the footage was streamed online to paying viewers. A squad of women inspectors was deployed last year to search Seoul’s 20,000 public toilets for spy cameras, CNN said.

“The male-centered … rape culture did not stop even after feminism and the growth of the feminist movement and #MeToo,” she said, adding there was now an opportunity “to sort out finally the male-centered culture that has traded women’s sexuality (for so long).”
An emergency meeting of concerned groups and activists was called this week with the country’s minister of gender equality and family saying to men “Please stop. … Please report it. Women are humans with souls who can be our colleagues, friends or sisters who live and breathe next to us.”
The sale and distribution of porn is illegal in Korea; porn sites are blocked or difficult to access. Last year, tens of thousands of women protested illegal filming of women in Seoul under the slogan “My Life Is Not Your Porn” but many covered their faces for fear of online harassment.
“[This issue] is prevalent in every part of society<‘ Choi Mi-JHin, president of the Women Labor Law Support Center, said, according to CNN. “It’ is not just a problem with certain celebrities.”
Labor law professor Park Kwi-cheon added that, because Korean men view women as sexual objects, they may not understand why filming them without consent is wrong.
“For example, in colleges, there have been incidents when male students would secretly take pictures of female students or disparage women sexually in group chats,” Park said. “There is a culture where they don’t think of such behavior as crimes but think of it as a kind of game.”
Police have been accused of intervening in the investigations of K-Pop stars and South Korea’s head of police said he will “root out” police collusion.
As for the sexualized images of female K-Pop stars like Girls’ Generation and Red Velvet, some have suggested that it is complicit in the objectification of women.
“The mistreatment of women in Korean society, particularly the voyeuristic and sexually objectifying treatment of women’s bodies, is deeply enmeshed in K-Pop,” said CedarBough Saeji, an expert in Korean culture and society at the University of British Columbia. “Videos of male idols often (feature) objectified female dancers, and videos of female idols objectify the idols themselves,” Saeji said. “Young women and men are being sold the idea that a woman’s success is tied to being an object, and this has dangerous ramifications for society.”
photos: Jung Joon-Young by Harry Cotter [CC BY 4.0 (https://creativecommons.org/licenses/by/4.0)]
h/t CNN
– CelebrityAccess
Bruce Houghton on 03/25/2019 in Major Labels | Permalink | Comments (0)
Tags: Jung Joan-young, K-Pop, music, music business, musician, musicians, Seungri, South Korea
Share on:
Top
Follow Us on Daily Summary Subscription