The National Association of Broadcasters and its horde of well paid lobbyists are now working to coerce congress into cosponsoring a bill dubbed the Local Radio Freedom Act, an ironic title given the bill's far more sinister anti-creator, anti-property rights content. Here A2IM CEO Richard James Burgess explains why both parties should lambast the bill.

By A2IM's Richard James Burgess. This first appeared in Billboard

The LRFA is a deception that both conservatives and progressives in Washington should shoot down, writes A2IM CEO Richard James Burgess.

The 116th U.S. Congress and Democratic majority in the House of Representatives are barely two months old, yet special interest groups working against the interests of music creators are already up to their old tricks.

The National Association of Broadcasters (NAB) and its army of highly paid lobbyists are asking Members of Congress to cosponsor a bill that they have the nerve to call the Local Radio Freedom Act (LRFA). In past Congresses, many lawmakers have been deceived into cosponsoring this legislation, being told that it is a non-controversial sense-of-Congress resolution aimed at protecting local radio stations. In fact, it is an anti-creator, anti-property-rights bill. 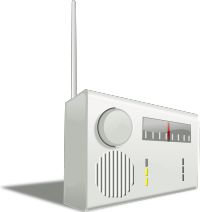 LRFA seeks to perpetuate an anomaly in U.S. copyright law under which terrestrial broadcasters (AM/FM radio) are allowed to use creators' music to sell highly-profitable advertising with zero compensation for the artists who created that music. There is no other music distribution platform that is allowed to get away without paying creators. There is no other country in the economically developed world that permits radio to abuse creators' property rights this way.

Conservatives focused on private property rights and progressives focused on fair compensation for hard work should find this arrangement anti-business and unethical.

The Local Radio Freedom Act is a deception. True local radio is a rarity today. Radio industry consolidation has allowed 10 radio corporations to own hundreds of U.S. stations. These 10 companies generate more than half of the nearly $14 billion radio industry revenues.

Despite this imbalance, the NAB is lobbying Trump appointees at the Federal Communications Commission to relax media ownership rules so that radio behemoths like iHeartMedia and Cumulus Media can swallow up even more local stations.

The Music Modernization Act corrected many wrongs and improved an outdated music licensing framework. However, the most egregious wrong remains. Terrestrial radio continues to use other peoples' property without compensation. Artists must be paid for the use of their music. Radio must pay creators just as other business that delivers copyrighted content do.

Music creators now speak with one voice. We can achieve fair pay from radio while being committed to protecting true, local, small-market stations. Under our legislation, large broadcasters would pay rates comparable to streaming services and satellite radio, while local AM/FM stations with annual revenues below $1 million would pay just $500 a year for all the music they can play. That's little more than $1 a day. Public, college and other noncommercial stations would pay only $100 a year. Religious-radio, talk-radio and incidental uses of music would not incur any royalties at all.

The 116th Congress must focus on making sure hardworking Americans get paid for the use of their property. LRFA is nothing more than the NAB trying to perpetuate the theft of creators' property rights to increase the profits of its biggest members.

CEO for the American Association of Independent Music (A2IM), Richard James Burgess Ph.D. has produced, recorded and performed on many gold, platinum and multi-platinum albums. He was previously head of business at Smithsonian Folkways Recordings where he produced Jazz: The Smithsonian Anthology, chronicling nearly one hundred years of recorded jazz. His career path includes: studio musician, recording artist, producer, manager, label owner and author. His current books are, The Art of Music Production: The Theory and Practice, 4th Edition; and The History of Music Production (Oxford University Press).