[UPDATE] Pandora's user base will decrease 9% from peak by 2023, according to a new eMarketer forecast. That ongoing decline means that  Spotify will surpass Pandora in terms of users by 2021—one year sooner than  predicted last year. 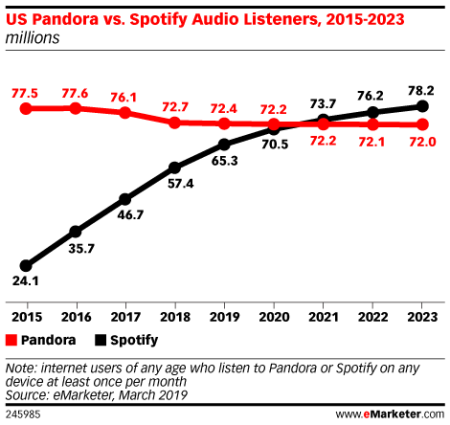 “Pandora lost users last year because of tough competition from other services attracting people to switch,” said eMarketer forecasting analyst Chris Bendtsen. “Apple Music has been successful in converting its iPhone user base, Amazon Music has grown with smart speaker adoption, and Spotify’s partnerships have expanded its presence across all devices.”

Smart speakers and mobile devices have been big growth drivers for Spotify. 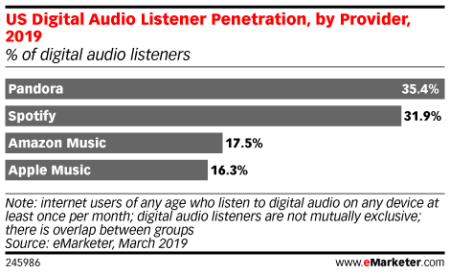 Bruce Houghton on 03/25/2019 in Uncategorized | Permalink | Comments (0)
Share on:
Top
Follow Us on Daily Summary Subscription
Advertise on Hypebot