Streaming Revenue Impressive, But Can It Ever Make Up For Lost Physical Sales?

With streaming revenue showing a massive increase in comparison to previous years, the major three record labels are rejoicing at their annual haul. A big part of this income still draws from physical sales however, and as these old-school revenue streams continue to thin to a trickle, will streaming be able to fully compensate?

The 3 major record labels are all reveling in their good fortune, as streaming numbers and revenue are way up over the previous year. Indeed, Music Business Worldwide (MBW) estimates that it’s up more than $1.5 billion for the majors just from streaming. That may be all well and good, but physical product is still a big revenue generator even though it’s declining, and questions remain whether it’s possible to completely make up for the shortfall if it ever completely disappears.

On the surface, there’s a lot to feel good about if you’re a record exec, especially if you work at Universal Music. According to MBW, Universal’s annual streaming revenues increased by 39% in 2018 to top $3 billion for the first time. That’s the equivalent of an extra $2.4 million every day in revenue. In fact, it’s been calculated that the industry as a whole is now making around $800,000 an hour from streaming!

While Sony Music and Warner Music both had good years, it was Universal that was the big winner that drove the industry. However music industry analyst Mark Mulligan points out that hidden on the back pages of parent company Vivendi’s year-end report shows what could be the industry’s Achilles heel in the top sellers for the year. 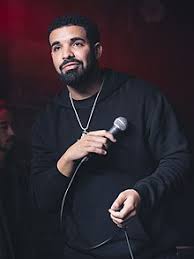 It’s no surprise that Drake’s Scorpion, Post Malone’s Beerbongs & Bentleys and the soundtrack to A Star is Born top the list. The big surprise is that The Beatles White Album came in 4th, ahead of frontline artists like XXXTentacion, Migos and Ariane Grande. While it’s pretty cool that the band is still massively popular today, it also shows a much-overlooked weakness in the industry’s revenue totals for the year, which are estimated to be just over $13 billion.

So why is that important? Unlike Universal’s other frontline artists, The Beatles don’t have big streaming numbers and got to be the company’s #4 selling artist through physical sales. If you wondered why it was the Band’s White Album that was so successful, it’s because 2018 was its 50th anniversary, and Universal promoted it with premium $25 and deluxe $145 releases. According to Mulligan, to generate the $7.5 million that a label would typically make from the wholesale price of 1 million physical albums, “…UMG would need to sell just half a million copies of the $25 edition and only 75,000 of the Boxsets. To generate the same $7.5 million from streaming UMG would need to have 62.5 million people each streaming 15 tracks from the album.” Yep, there’s a lot of profit in those physical sales.

Mulligan goes on with a great illustration regarding the #1 album in 2000 – NYSYNC’s No Strings Attached, which sold 9 million copies that year. It would take 600 million people each streaming it in its entirety to generate the same income as the physical product. That’s around 8.5 billion streams!

The point is that the recorded music industry still heavily relies on the income from physical product even though those sales are declining. In fact, the latest IFPI figures show that streaming only accounts for 38.4% of the industry’s total revenue. What’s more, physical product sales declined by only 5.4% last year, far from falling off a cliff.

So let’s not get too caught up streaming numbers. Sure, they’re great and keep increasing at a rate that few expected, but there’s still a long way to go to replace the income that physical still supplies.