A Beginner’s Guide To Making Your Live Stage Performance Unforgettable

While many DIY artists trying to take their career to the next level focus on their online persona or their creative output, many neglect what is an essential element of becoming a better musician: the live performance. Here we break down some essential tips for ensuring you have develop a killer stage show.

How do you elevate your success to a whole other level? Your first thoughts may be around the need to make more cover versions of your favorite songs and upload them on YouTube. Maybe you decided to start a blog and engage in heavy social media promotion. Maybe you’re even thinking about booking international gigs.

But the essential part of the process of becoming a better musician is improving your life stage performance skills.

That’s an everlasting process. You don’t just go through some course, complete it and say “Okay; now I’m a great live performer.” No. You start working on these skills and you never stop, as long as you intend to keep your career alive.

But you have to start somewhere, don’t you? Let’s list the 7 essential tactics that help you become a better live stage performer. 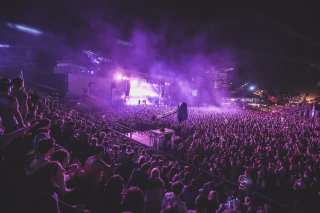 Great live performances don’t happen by accident. Maybe this is just a gig at a local nightclub. Maybe you booked a performance abroad. Whatever the case is, you have to prepare the event well enough, so everything will run smoothly.

As soon as you book the gig, you should check the venue in detail and plan the stage. How many mics and lines do you need for the show?

If you have a manager to take care of these things, you can leave everything to them and just show up. But any serious musician will still check up on the progress. Any failure will affect your performance. What if the mic doesn’t work? What if the sound is not good enough for the venue? What if the promotional materials are not being distributed well?

Speaking on promotional materials, you have to work on them, too. Consider relying on an papersowl reviews, which can produce blog posts, email newsletters, and social media posts to introduce this event to the target audience. Without enough people showing up, you can’t have a successful live performance.

Stage fright! Are you more than aware of that experience? You’re a great musician, but the mere thought of performing in front of an audience gives you the chills? That’s something you have to fix. The audience will notice even the minimal presence of stage fright. It will show through your performance.

So how do you fix this?

It all starts with boosting your self-confidence. The better you become at performing your music, the more you’ll have faith in yourself. The more faith you have, the less frightened you’ll be.

Start each day with positive affirmations. Tell yourself you’re good enough and believe it. Practice your music throughout the day, so you’ll leave no space for mistakes.

Stage fright comes from the fear of being judged. But when you train yourself so well that the possibility of errors is minimal, you’ll start replacing that fear with self-confidence.

When you play, it’s not just about the music. You may be the best musician of our day and age, but you won’t be good enough for the audience if you lack that X factor. Charisma!

Your first thought will be: “Maybe I should start working out?” That would be a good idea. You’ll improve your appearance, but being physically fit also leads to better stage stamina. Your stage presence, however, is about something more than sound and looks. It’s about the way you act. It’s about your personality. It’s what Freddie Mercury had on top of that surreal voice.

So how do you get to this point? Just focus on your complete sound and appearance during rehearsals. You’ll show your true personality only when you allow yourself to express raw emotion.

According to Easy essays and Australianwritings.com knowledge, no matter how much you work on your self-confidence, your nerves will still get shaky before a live performance. It’s normal. But you mustn’t allow this inner misbalance to affect your show.

How about some meditation? Many musicians practice meditation every day. It helps them find inner peace and it even boosts their creativity. But most of all, meditation helps them calm down and focus before performing.

Oh; and if you think you can replace meditation with a few drinks, don’t even think about it. Alcohol won’t make you less nervous. It just makes you numb and unaware of your surroundings. That’s not the best state to be in during live performances.

What if you go on stage and your funny voice decides to show up? That may happen if you don’t warm it up.

Even if you’re constantly surrounded by people before getting on stage, it’s still important to do this.

A soundcheck is part of this process. It’s not a luxury, but a necessity. Arrange a soundcheck before the show starts, so you’ll make sure everything is well and you get a chance to warm up your voice.

You better accept mistakes as a possibility. You make them during rehearsals, so it’s pretty possible for you or someone from the band to make them during the live event. It’s okay. You just have to learn how to overcome these mistakes and keep on performing.

Never stop the performance just because you forgot the lyrics or you accidentally started another verse. Just get yourself together and carry on!

Tom Hands, a project manager at Rusmyessay believes, the more you practice, the better you get at rehearsals, right? Well it’s the same thing with live performances. Maybe you’re not perfect. So what? No one is! You just need to keep showing up and doing what you do best. You’ll be getting better with each next live performance.

Live performance takes a lot of skill and courage. But you already have some of that and you can build on that foundation. Just stay committed and practice more!

Scott Mathews is a professional content creator at superior dissertations. His favourite topics include music production, video marketing, and social media campaigns. Besides that, Scott is an amateur guitarist, but it doesn’t stop him from practicing every weekend with his old college band.