Amazon online gaming service Twitch has launched Twitch Sings, an interactive karaoke game aimed straight at the wildly popular TickTok app. The huge difference is that Amazon actually bothered to licence all the music it's using.

Amazon's Twitch Sings is launching with the deals in place with all the major music publishers, 200 independent publishers and all of the major copyright collecting societies. By contract, TickTok is currently in contentious talks with all of the majors after already streaming tens of millions of songs. The labels are reportedly asking for hundreds of millions of dollars in up front payments that TickTok parent ByteDance has refused to pay. 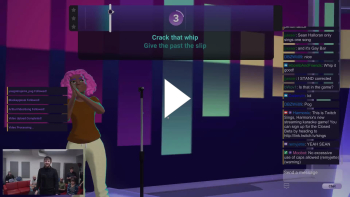 “Twitch Sings unites the fun and energy of being at a live show with the boundless creativity of streamers to make an amazing shared interactive performance,” Joel Wade, Twitch Sings executive produce said in a statement. “Many games are made better on Twitch, but we believe there’s a huge opportunity for those that are designed with streaming and audience participation at their core.”