Manager Jake Udell reflects on the authenticity and image of modern artists, and how, historically, managers for groups like The Beatles and The Rolling Stones worked to successfully cultivate very distinct but very different images for both groups.

By music manager Jake Udell from his Art of Manager

The other day, an artist representative told me they aren’t paid to come up with the artist’s vision for them… “That’s the artist’s job.”

I couldn’t agree more… The era we live in requires a bold and authentic first person perspective.

At the same time, I’ve become more fascinated by positioning in 2019 than ever before.

When you think of the most successful and authentic acts of all time, the Beatles and the Rolling Stones may come to mind.

It’s well known that the Beatles’ manager Brian Epstein got them to clean up their act, most notably with their wearing matching suits and the synchronized bow and the end of their shows, which helped take their rock ‘n roll across the globe.

However, what about the Stones? 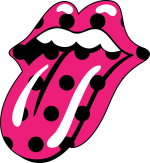 While reading a book about Allen Klein – who at one point represented both artists – I came across a section uncovering the Rolling Stones early interactions with their first manager, Andrew Oldham.

Andrew was responsible for eliminating pianist Ian Stewart from the band because “Ian didn’t quite look right, and besides, six bodies were too many for fans to care about.”

But he didn’t stop there. After struggling to figure out how to get Britain (meanwhile the world) to pay attention to a group of nice middle-class boys, he broke through by guiding the Rolling Stones evolution into the anti-Beatles.

“The world already had its Beatles — why should the Rolling Stones join their growing army of imitators?” -Author Fred Goodman

Andrew used his background in the press to get newspapers to report on the rebellious antics of the Stones before they cared about their music – From urinating outside a gas station to calling an Irish band a bunch of cunts on a TV show they were on together.

While the Stones could be quite unruly, the consistent exploitation of these stories  “played a huge role in making the whole world notice the Rolling Stones, and the strategy succeeded so well that, at least in its early days, the band was more famous for being infamous than for their music.”

While Disclosure and ZHU can’t be compared to the Beatles and the Rolling Stones, there were similar thoughts at the beginning of ZHU’s career and the open lane for him be the exact opposite of Disclosure, who was just starting to have success.

What’s working now? What’s the opposite of it? Does it exist? Would there be demand for it?

The point is, no matter how great or authentic an act is, the way their story is told will be essential to their career growth.