Despite the ubiquity of other media entertainment options, radio has endured into the streaming age, albeit with its own share of struggles. In this piece, consultant Fred Jacobs looks at recently collected data among radio listeners surveying why they still tune in.

Last week, I started what will be a long series of Techsurvey 2019 presentations – first for its 500+ stakeholder stations, and then for a capacity crowd of attendees at the amazing WorldWide Radio Summit in Burbank.  Keep in mind this is a web-based survey primarily among current radio listeners (and fans).

With each passing year, those who witness what more than 50,000 respondents across North America have to say inevitably point to the crowded, disrupted media marketplace.  And they wonder what keeps radio vital in an environment of burgeoning, cross-platform media content where consumers increasingly have more choice.

It's a good question. The average consumer accesses information and entertainment across a vast array of gadgets (smartphones, smart speakers, Roku, etc.) as well as platforms (YouTube, podcasts, Twitch, etc.).  So, what is it about radio that keeps them coming back, day after day, year after year?

To address this question, we created a question series several years back we simply call “Why Radio?”  We offer respondents a long list of potential benefits of listening to broadcast radio and ask them to tell us their main reasons for tuning in.  Here's the chart across the entire sample – the percentage of people who say each is a main reason why they enjoy tuning in AM/FM radio. For seven in ten, it's about easy access in the car.  And for more than six in ten, radio's “free” value proposition is a key motivator.  Interestingly, it is younger people who respond most positively to both of these broadcast radio qualities.

That's because for so many Millennials, in particular, the only location in which they use a “regular radio” is while they're on four wheels.  Many simply do not have access to an AM/FM radio where they live and/or where they work.

Radio's ease of use – in cars and everywhere else – is something that former Pandora CEO – Tim Westergren – told Paul Jacobs about in a Worldwide Radio Summit keynote session a few years back.  Referring to radio's “one-button solution,” Westergren talked about radio's simplicity advantage over new media competitors.

And then there's the “free” piece.  Radio's lack of a price tag is an increasingly important part of the bargain.  And once again, the youngest generations are most impressed by not having to actually shell out anything for the privilege of listening to the radio.

Perhaps that's because they're especially likely to be shelling out many dollars every month for subscription streaming services.  Last week, Steve Goldstein wrote one of his entertaining “Power Stats” blog posts.  One of his numerical highlights from Deloitte Insights' survey of digital media trends showed how Americans subscribe to an average of three video streaming services.

When you drill down into the data, you learn Millennials are the most likely to be paying for both video and audio streaming content: So, when they tell us what they enjoy about radio, we shouldn't be surprised that two-thirds of Millennials point to radio's “no subscription fee” feature as a key reason why they listen. 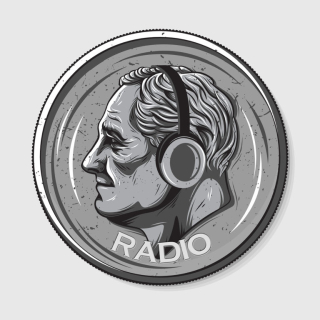 Every year, Americans are spending upwards of hundreds of dollars for subscription media content – video and audio streaming, satellite radio, talking books, etc.   Over their entire lives, no one has spent one thin dime paying for broadcast radio.

Music, news, and personalities matter, of course.  So do those “emotional benefits” – companionship, at-work listening, mood elevation – we talk about all the time.  But it is these simple truths – radio is easy, radio is free – that bob to the top of the “Why Radio?” chart this year.

In the big picture, these radio plusses are almost never heard on the air, nor are they trumpeted on station websites or social media pages.  Radio broadcasters assume the audience understands all about its built-in advantages.

But we know what happens when we assume things – especially among younger generations for whom radio is not a native platform.

If radio doesn't tell its story, no one else will.