Spotify's $500 million move into podcasts appears to already be paying off for the audio streamer. New data shows Spotify has surpass Apple to become the dominate podcast player in Mexico, Spain and Italy and all of South America. 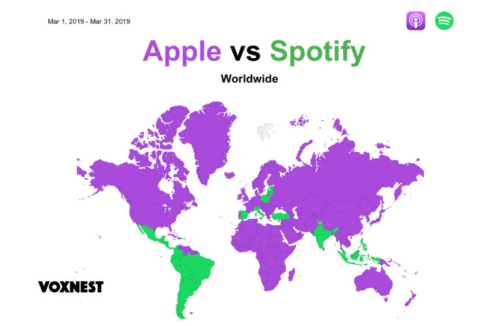 While Apple's dominance remains in the US and Europe, Spotify's podcasting strength in Latin markets, alongside the growing global influence if Latin music could lead to some interesting synergies.

"A demonstration of the platform’s growing dominance within the Spanish language market, with the addition of Spain and the already prominent presence in Latin America – where will they go next considering the medium’s extremely strong Spanish language content?," asks podcast solutions provider Voxnest