Pre-Adds, Pre-Saves Are The New Pre-Orders – Is That A Good Thing?

Much as streaming has replaced traditional album sales, Spotify and Apple music 'pre-saves' have replaced pre-orders. While these pre-saves are certainly good news for artists as a metric of gauging listener interest, there is concern that artists are missing out some valuable listener data as a result.

Consumers are replacing pre-orders with pre-adds and pre-saves, but is something important being lost along the way?

Fast-rising pop sensation Billie Eilish will release her debut record, When We All Fall Asleep, Where Do We Go?, this Friday, but the teenager’s album is already being considered a massive success. Despite not yet being released, the LP has already accrued more than 800,000 pre-adds on Apple Music, which allows users to register to add an album to their streaming collection before it ships, with Eilish setting a new record for the service.

That volume of pre-adds for Eilish’s album is a sign of how the industry is continuing to evolve. Speaking to Music Business Worldwide, Apple Music boss Oliver Schusser said:

“While most services focus the majority of their efforts around playlists, Apple Music still emphasizes albums because we understand their value as a storytelling tool for artists to create context around their music.

To that end, pre-adds are great early indicators of engagement around an artist and the intention of the fans. To actively pre-add an album, much like the pre-order we invented with iTunes, means that the fan is excited about the content and wants to be among the first to enjoy it the moment its available. That kind of engagement is very valuable to an artist and to us.” 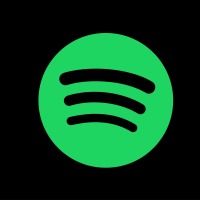 Spotify offers a service similar to Apple Music. The company’s pre-save feature allows users to register to have the album added to their library and to receive an alert regarding the content’s availability. The reliability of the notifications depend on how many pre-saves a user registers, but the content is always added as soon as its made available.

While the figures for Eilish’s album are great, pre-adds and pre-saves are not a perfect replacement for pre-orders. Schusser was right to say the numbers can tell a lot about excitement for a release, and they can also help predict initial performance, but the tools currently available to artists through streaming platforms do not provide context about their audience.

If a user pre-saves or pre-adds an album, what does the artist get? Do they know my name? Where I live? My email address? Do they receive anything other than a counter that tells them I am one of the however many people that have decided to request notification of their release becoming available?

Streaming services also do not offer any data that informs artists as to whether or not consumers who pre-save their release actually listen to it.

The real winner in the rising popularity of pre-saves and pre-adds are the streaming services offering them. By using that functionality, consumers are providing the platforms with additional insight into their listening habits. Their actions are strengthening the algorithms that recommend content and create playlists. Whether they know it or not, consumers are strengthening the services they use more than the artists they’re hoping to support.

Still, streaming is here to stay and there is no getting around that fact. If the industry is lucky, Spotify, Apple Music, and similar platforms will make more listener data available to them as time progresses. That seems more likely than a rise in royalty rates based on recent events, but it’s still not going to happen overnight.