The IFPI, the global association for the recording industry, dropped its annual report including a ranking the top 10 global recording artists. While much of it plays out as expected, there are a few dark horses that we'll bet you'll miss. Before you llok below, take a minute and write down your top 10.

The IFPI is the association for the recording industry all over the world, and every year it puts out an interesting report on the state of the business. The RIAA does that too, but it only focuses on the U.S., so the IFPI Global Music Report really tells us what’s happening everywhere. Thanks to digital music and especially streaming, we now live in an age where an artist’s audience can come from anywhere and everywhere, which is why it’s important to pay attention to this report.

While I provided some insight into some of the data it contains a few weeks ago, what I really found interesting was the top 10 global recording artists. The reason is that it contains a few artists that we totally expect to be there, and a few that are total surprises. Ready? Here we go:

9. Lady Gaga – Mildly surprising in that she hasn’t had a huge album in a while.

8. Ariana Grande – The only surprise here is that she’s so low on the list.

7. Imagine Dragons – I guess they’re bigger in the rest of the world than the U.S.

6. Queen – Wow, who would’ve thought? But it really helps when you have a big selling hit movie about your lead singer (and your songs are still great 40 years later).

5. Eminem – He’s one of the biggest selling artists of all time at over 220 million albums.

4. Post Malone – A little surprising that he’s as big elsewhere in the world as he is here in the U.S. 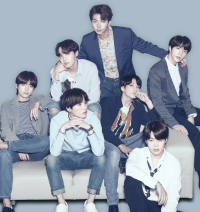 2. BTS – Big surprise here, as it looks like K-pop really has some legs.

2018 showed that in today’s streaming world, there’s actually money to be made in markets all over the world, especially ones that were prone to piracy in the old physical days. We see that in the artists that are big globally, and we’ll continue to see that as streaming takes over more of the music business distribution pie.